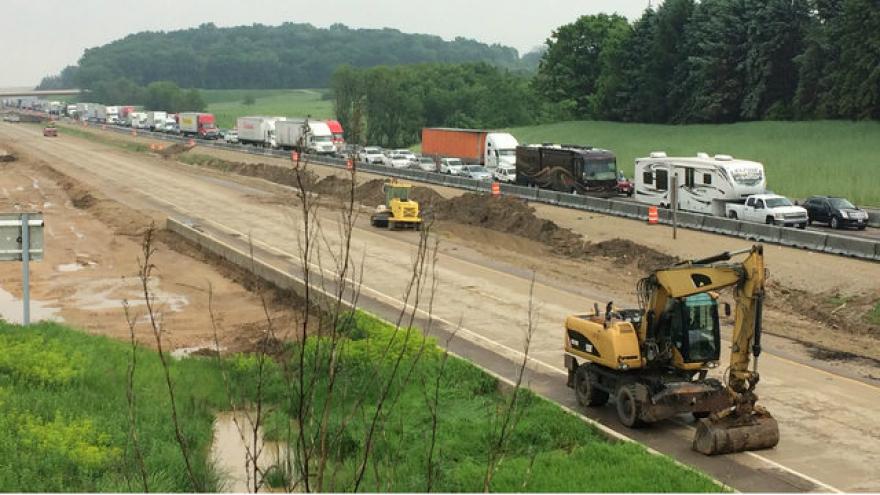 MADISON, Wis. (WISC) -- The Wisconsin Department of Transportation announced it will reduce the speed limit to 55 mph in the I-39/90 work zone.

The work zone covers 40 miles from just south of the U.S. 12/18 Interchange, the Beltline, near Madison to about 3 miles north of the Wisconsin-Illinois border, according to WisDOT project communications manager Steven Theisen.

The signs showing the new speed limit will be posted by early Saturday morning.

Multiple crashes happened on the interstate in the last several days, including one Friday morning near Stoughton.

The Wisconsin State Patrol will be increasing surveillance efforts along the corridor, including adding troopers to patrol and conducting aerial enforcement of speed limits and traffic laws.

Theisen said penalties are doubled in work zones. For speeding, the fines range up to $600. A second violation within a year could lead to a penalty of up to $1,200.

People who injure someone in a work zone could face fines of up to $700 with the possibility of 3 1/2 years in prison. The fines and prison terms for vehicular manslaughter are higher, according to WisDOT.

The department also wants to remind people that it is illegal to talk on the phone while driving in a Wisconsin work zone. The fee for a first violation is up to $40, and it is $100 for offenses after that.