Doris Roberts, mom on 'Everybody Loves Raymond,' dies at age 90 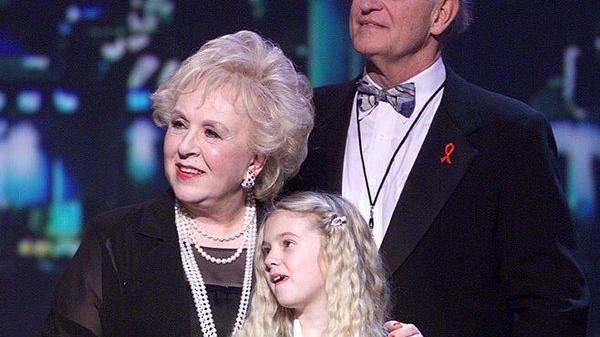 (CNN)Doris Roberts, who played the nosy and overbearing mother to Ray Romano's character on the sitcom "Everybody Loves Raymond," has died, the show's former spokeswoman said Monday. She was 90.

Roberts played Marie Barone, who was a constant thorn in the side of her daughter-in-law, played by Patricia Heaton.The role earned her four Emmy awards, a Screen Actors Guild award and three Emmy nominations.

"Truly the end of an era," Heaton wrote in a statement she posted on Twitter. "My wonderful TV mother-in-law and ("Everybody Loves Raymond") nemesis Doris Roberts was a consummate professional from whom I learned so much. She was funny and tough and loved life, living it to the fullest."Madylin Sweeten, who played Romano's daughter on the show, posted a picture of herself standing with Roberts with the late Peter Boyle, who played Marie Barone's cranky husband, Frank.

"Keep them safe for me up there," Sweeten wrote."Raymond" creator Phil Rosenthal called her "a wonderful, funny, indelible actress and friend."

A veteran character actress, Roberts appeared in scores of TV shows and movies during her more than six decades in show business.

She had a recurring role on the 1980s TV series "Remington Steele" playing Mildred Krebs, the secretary to Pierce Brosnan's title character.Roberts also won an Emmy for an appearance on the drama "St. Elsewhere" in 1983.

"God thank you for 90 years of Doris Roberts on this planet. You left us laughing!!! You left us better!! Travel well my beautiful friend," Tyler Perry, who directed Roberts in the 2012 movie "Madea's Witness Protection," wrote on Facebook."She made me laugh and I am forever in her debt," tweeted Norman Lear, the producer of "All in the Family." Roberts had a role on the show in 1976.

Roberts' acting career began in the early 1950s and she soon got TV roles in episodes of "Naked City," "Ben Casey" and "The Defenders."

After her film debut in 1961's "Something Wild," she appeared in more than three dozen movies. They included the original "The Taking of Pelham One Two Three" and "National Lampoon's Christmas Vacation."

Roberts guest-starred on some of the most popular TV shows from the 1970s to the 1990s, including "Mary Tyler Moore," "Fantasy Island," "The Love Boat" and "Murder, She Wrote."