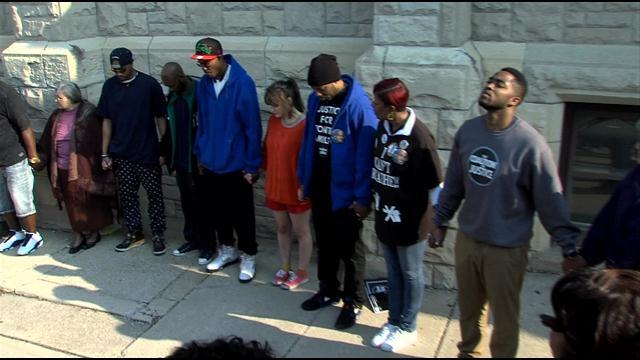 As Maria Hamilton got ready to board a charter bus for Washington DC Thursday morning, her family said this Mother's Day weekend is a stark contrast from last year.

\"Last Mother's Day, we were actually burying Dontre on her birthday, May 9th,\" said Nate Hamilton, Maria's son, \"so this day is kind of significant because on this May 9th, we will march for Dontre.\"

After a tumultuous year for police brutality across the country, Maria says the time is now for mothers who lost their children to police violence to come together.

\"We all deserve to be treated with dignity, and respect, and kindness,\" said Maria.

Maria will be one of many mothers taking part in the Million Moms March at the nation's capitol. She will unite with thousands of mothers as they demand justice and an end to racial profiling.

As her family prepares to enter the national spotlight, Maria says Dontre's death was a sacrifice for Milwaukee.

\"I had to let him go, in order to have this work done,\" said Maria, \"so I'm blessed to be in that position right now, to actually send my son off to be with the Father, and continue doing his work here in the valley.\"

The Hamiltons and their supporters will arrive in Washington DC around midnight. The march takes place Saturday, before Mother's Day.