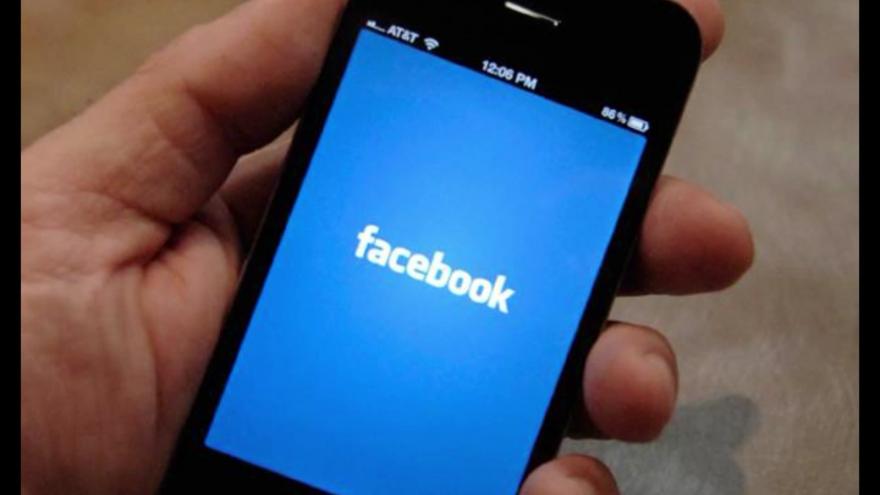 Two scams called the "Secret Sister Gift Exchange" and the "Secret Wine Bottle Exchange" are once again spreading across Facebook like wildfire, and unfortunately, users are (still) falling for it.

It sounds like a fun Secret Santa-like gift exchange, but it's actually a pyramid scheme in disguise.

And worse, it's illegal, the Better Business Bureau (BBB) says.

"While gift exchanges grow in popularity during the holiday season, BBB advises consumers to use caution when choosing one in which to participate," the organization said in a statement. "According to the U.S. Postal Inspection Service's gambling and pyramid scheme laws, gift chains like this are illegal and participants could be subject to penalties for mail fraud."

The scam "exchanges" always follow the same pattern: A Facebook users posts a status, tagging dozens of friends, asking a minimum of 6 people to participate. Friends of the user who wish to participate are then instructed to buy one bottle of wine — or other gifts — valued at $15 or more and send it to one secret wine lover. In return, participants are told that they will receive from 6 to 36 wine bottles.

How is it possible to send one bottle and potentially get 36 in return?

Well, chances are you won't even get one bottle back. But there is something the scammers get: Your money and your home address.

"This is a typical pyramid scheme," the BBB says. "This is on Facebook instead of the old way of using letters because social media allows it to spread a lot faster."

Fact-checking website Snopes.com confirms the gift exchange is, in fact, a host that has been circulating since October 2015.

"Many of the postings warned naysayers and skeptics that their objections would be deleted from comment threads," Snopes.com reports.

The big lesson we can learn from this: If it sounds too good to be true, that's probably because it is. 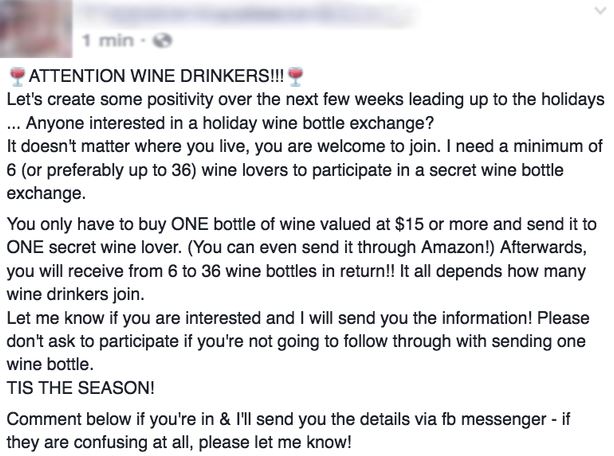