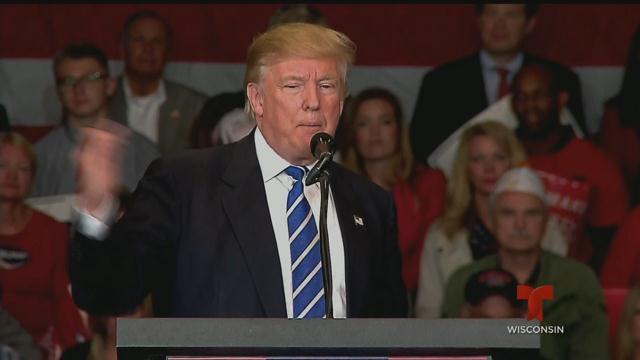 Donald Trump will no longer be attending Fall Fest in Walworth County tomorrow.

Speaker Paul Ryan released the following statement: “I am sickened by what I heard today. Women are to be championed and revered, not objectified. I hope Mr. Trump treats this situation with the seriousness it deserves and works to demonstrate to the country that he has greater respect for women than this clip suggests. In the meantime, he is no longer attending tomorrow’s event in Wisconsin.”

Donald Trump has also released a statement: "Governor Mike Pence will be representing me tomorrow in Wisconsin. I will be spending the day in New York in debate prep with RNC Chairman Reince Priebus. Gov. Chris Christie and Sen. Jeff Sessions, and then flying to St. Louis on Sunday for the 2nd Presidential Debate."

Stay with CBS 58 News for continuing coverage all weekend long.

The next debate will air Sunday night at 8.