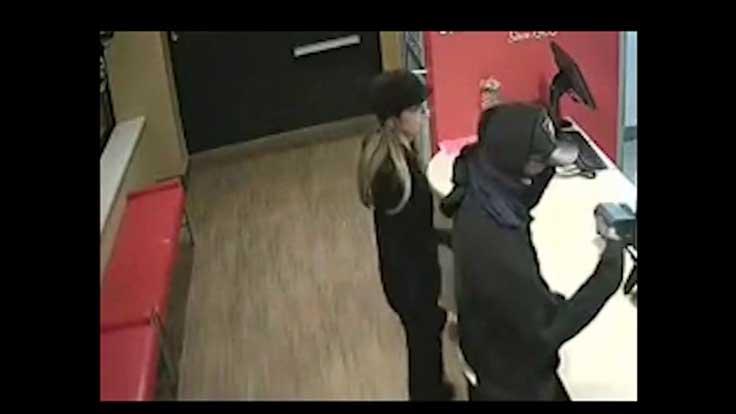 The Domino’s Pizza on North Oakland Avenue was robbed on September 13 after midnight.

Milwaukee Police are asking the public to help identify two armed robbery suspects who robbed the Domino’s Pizza at 3139 N. Oakland Avenue around 12:10 a.m. on September 13.

According to police, the suspects entered the store and demanded money from the employee working at the register. The suspects took the money and fled the store on foot.

The first suspect is described as a white male, between 35-40 years-old, 5-feet 6-inches to 5-feet 8-inches tall, and 160-170 pounds. He was last seen wearing a black baseball cap, a dark colored scarf around the lower part of his face, dark pants, and was armed with a handgun.

The second suspect is described as a white female, between 35-40 years-old, 5-feet 6-inches to 5-feet 8-inches tall, 140-150 pounds, and with blonde hair. She was wearing dark clothing and was armed with a knife.