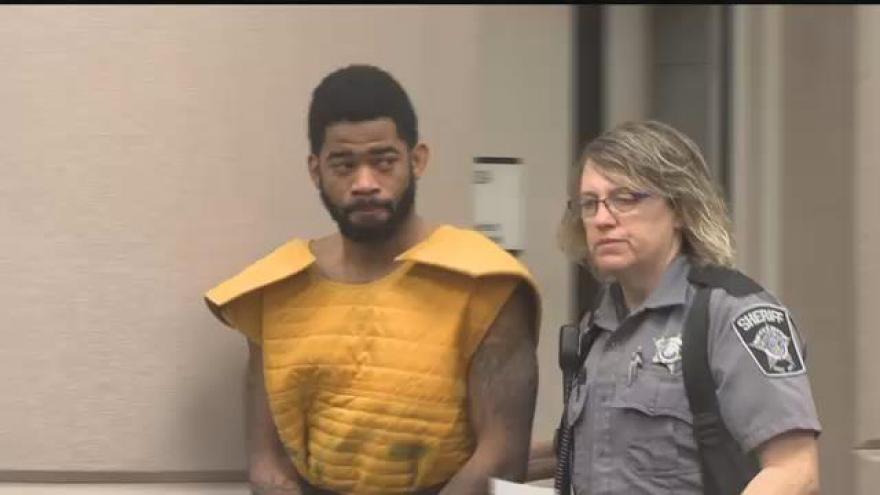 (AP) — A former Milwaukee police officer whose fatal shooting of a black man last year ignited riots on the city's north side goes on trial this week.

Dominique Heaggan-Brown, who is also black, is charged with first-degree reckless homicide in the death of Sylville Smith, 23. Heaggan-Brown's police career has already ended. He was fired two months after the shooting when he was charged in an unrelated sexual assault case.

The trial, which starts Monday with jury selection, will bring the first public look at body-camera video of the moments after Heaggan-Brown and his partner pulled over a car on Aug. 13, 2016. The video may help jurors decide whether Heaggan-Brown had reason to fear for his life when he fired his weapon or whether he was shooting a helpless man who was no longer armed.

An overview of the case's key elements and the events surrounding it:

Heaggan-Brown and his partner stopped a rental car that police say was driving suspiciously in Sherman Park, a neighborhood about 10 minutes northwest of downtown. As soon as the car stopped, police say Smith ran away holding a gun.

Prosecutors say Smith fell and Heaggan-Brown shot him once in the arm as he was getting up, still holding the weapon while facing the officer. They say Heaggan-Brown's second shot, which hit Smith in the chest, came after Smith had thrown his gun over a fence.

Less than two seconds passed between the two shots.

Heaggan-Brown, 25, said he thought Smith was reaching for another gun in his waistband when he fired again. But Milwaukee County District Attorney John Chisholm said video of the incident shows Smith was unarmed and reached for his waistband only after he was shot a second time.

Milwaukee Police Chief Edward Flynn has said he believes the shooting was justified. He said Chisholm's decision was "a little difficult to understand" and that "the officer doesn't get to act in slow motion."

Heaggan-Brown faces up to 60 years in prison if convicted.

Within hours, demonstrators flocked to Sherman Park — a largely minority neighborhood — and began throwing rocks, bricks, and bottles at police officers. That night and the next, protesters burned eight businesses and a police squad car. When it was over, police had arrested about 40 demonstrators and multiple police officers were hurt.

The violence mirrored the unrest that followed the killings of black men by police in other cities, including the deaths of Michael Brown in Ferguson, Missouri, and Freddie Gray in Baltimore. It also brought to the surface the long-simmering tension between black Milwaukee residents and the police department.

Just two years earlier, a white police officer shot and killed an unarmed, mentally ill black man who had been sleeping in a downtown park. The officer was fired for improper procedure in frisking the man, but was not charged.

Heaggan-Brown had roots on the north side and attended grade school not far from the shooting.

His career with the department was short and somewhat rocky. He joined in 2010 as an aide, handling mostly administrative and clerical duties as part of a program aimed at recruiting young people into law enforcement.

His personnel file showed several internal investigations, though many allegations against him were relatively minor and were resolved with orders to review department ethics policies.

When Heaggan-Brown was fired in October, it was not because of Smith's shooting but because of allegations that he sexually assaulted a man he had been drinking with the day after Smith's death. The man told investigators that as they watched coverage of the riots at a bar, Heaggan-Brown bragged he could do anything he wanted "without repercussions."

On the day Smith was shot, he hung out with an old friend, Demario Pritchard, who told the Milwaukee Journal Sentinel that they had gotten "a little weed" from a friend but weren't otherwise breaking the law.

He said Smith was dropping him off at his girlfriend's parents' house when police stopped them.

Smith's family says he had a concealed carry permit and was not breaking any laws by having the gun with him.

After Smith was killed, police drew attention to his lengthy criminal record, which dated back to 2013. Some charges were minor, such as speeding and retail theft. But others were more serious. He was accused in a 2015 shooting and charged with recklessly endangering safety.