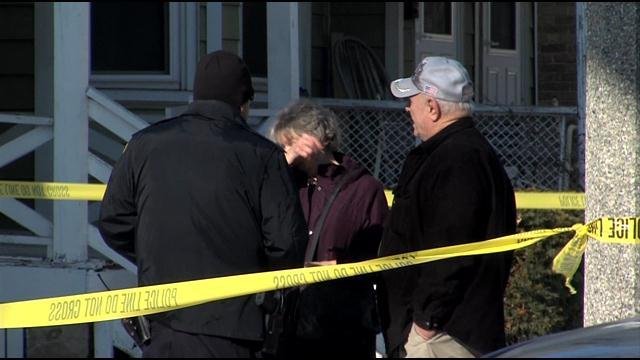 \"I don't know what that mechanism is in a human being that allows you to kill a child, but I do know there's this sense of entitlement, this sense of ownership.\"

Carmen Pitre with Sojourner Family Peace Center tried to make sense of how a father could take the life of his own 5-month-old child.

Officials tried to grapple with the heinous nature of the crime. A man was so angered, he attacked his ex-girlfriend and her current boyfriend, fatally stabbed his child and a family friend then wounded himself in the 400 block of N. 39th Street.

Police say they were told this was not the first violent incident involving the suspect.

\"There were previous incidents of domestic violence, but none have ever been reported to us,\" Milwaukee police Chief Flynn said.

It's that fact that alarms Carmen Pitre with Sojourner Family Peace Center. She says the months after a woman leaves are dangerous, especially when authorities are not involved.

\"They continue to stalk and harass, and even the ultimate, to commit homicide or suicide,\" Pitre said.

Pitre warns that victims should have a well thought out plan when escaping, realizing that everyone involved could be at risk

\"Safety isn't something you arrive at, it's something you have to be constantly thinking about if you're running from a violent situation,\" Pitre said.

If you or someone you know is a victim of domestic violence and you want to get help, contact Sojourner Family Peace Center at 414.933.2722