Domestic Abuse May Have Led to Glendale Shooting Death 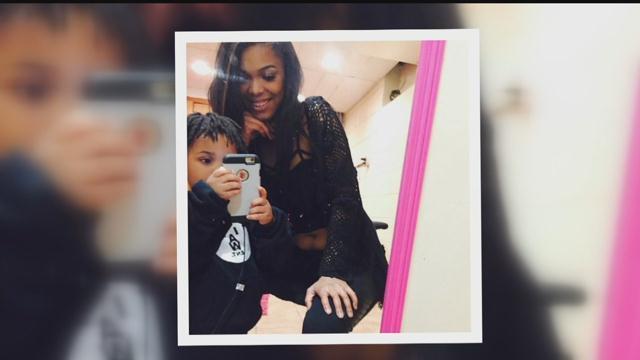 Glendale Police have arrested a suspect for a deadly shooting that happened outside of a hospital earlier this week, according to a press release.

The victim has also been identified as 19-year-old Nya Hammond. She worked on the cleaning crew at the Orthopaedic Hospital of Wisconsin, her family said.

On Monday at 5:30 a.m. Glendale police investigators started their investigation in the parking lot outside of that building.

Nya's family is now saying that the man who killed their relative is her ex-boyfriend and that he had a history of domestic violence.

She had recently moved home - with their 3-year-old child, PJ - to get out of the relationship, Shalonda Hammond said.

Shalonda is Nya's mother and she said that when she first learned about her daughter's death she immediately knew that Nya's ex-boyfriend was behind it.

The family believes that on Monday the suspect either followed Nya to her work or picked her up and offered her a ride, Shalonda Hammond said.

Now Shalonda says three-year-old PJ has lost both of his parents.

"And he loved his mother. Now, he can't see his mom anymore. There are pictures, you know. His appetite - he doesn't hardly want to eat now because he's used to eating with mom. So we just got to try to just force him, you know? Oatmeal. We just try to hold him as much as we can," Shalonda Hammond said.

Nya told her family about the extent of the abuse less than two weeks ago, Shalonda said.

"And she had sent me a text. And she said 'Mom, this is why I'm leaving him.' And in my phone popped up two pictures. She was at work in the bathroom taking pictures of where he had been hitting her with extension cords," Shalonda said.

The suspect has not yet been officially charged but that's expected to come through the Milwaukee County District Attorney's office quickly.