CUDAHY, Wis. (CBS 58) -- A Cudahy resident has been charged with attempting to provide material support or resources to ISIS.

According to the Department of Justice, Waheba Issa Dais, 45, was arrested on Wednesday and appeared in federal court. 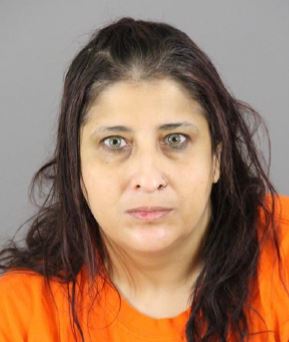 According to the criminal complaint, beginning in at least January, Dais attempted to provide services, personnel, expert advice and assistance to ISIS, by promoting ISIS’s agenda, facilitating recruitment and maintaining a virtual library of instructions on how to make bombs, biological weapons, poisons and suicide vests to assist self-proclaimed ISIS members and supporters in their attack planning.

Dais allegedly used multiple social media accounts that she hacked and took over from unwitting victims and private social media platforms to provide and facilitate her support.

Dais used one of her pro-ISIS accounts to encourage an individual, whom she believed to be an ISIS supporter, to conduct an attack in the name of ISIS. She provided detailed instructions on how to make Ricin and then suggested the individual introduce the Ricin to a government post or water reservoirs. In another post, she suggested potential targets for bombing attacks, including street festivals and celebrations in the summer.

The defendant faces a statutory maximum sentence of 20 years’ imprisonment and a fine of up to $250,000.00.

The FBI released the following statement in regards to the arrest, “The FBI’s Joint Terrorism Task Force (JTTF) is dedicated to identifying and bringing to justice those individuals in Wisconsin who attempt to provide material support to foreign terrorist organizations and who promote violent extremism. Today’s arrest was made possible by the tireless efforts of our JTTF, including the invaluable contributions of our federal, state, and local partners.”

To read the full affidavit in support of the criminal complaint, see below.