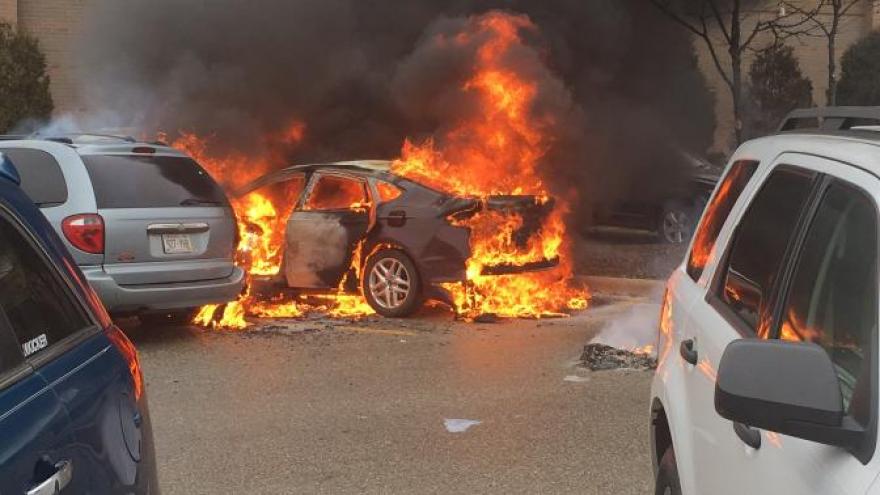 LAKE GENEVA - One dog is lucky to be alive after a car fire in the parking lot of a Lake Geneva Walmart.

It happened shortly before 1 p.m. this afternoon. The City of Lake Geneva Fire Department was dispatched for a car fire in the parking lot of Walmart on Edwards Blvd.

While fighting the fire, firefighters made entry into a burning van and rescued a dog that was trapped. Fire crews resuscitated the dog and transported it to the Lake Geneva Animal Hospital for treatment.

"This was a serious and stubborn fire. Our crews worked hard to prevent further loss. We're glad the dog was rescued and that no one was injured," said Chief Peters of the Lake Geneva Fire Department.

The cause and origin of the fire remain under investigation.