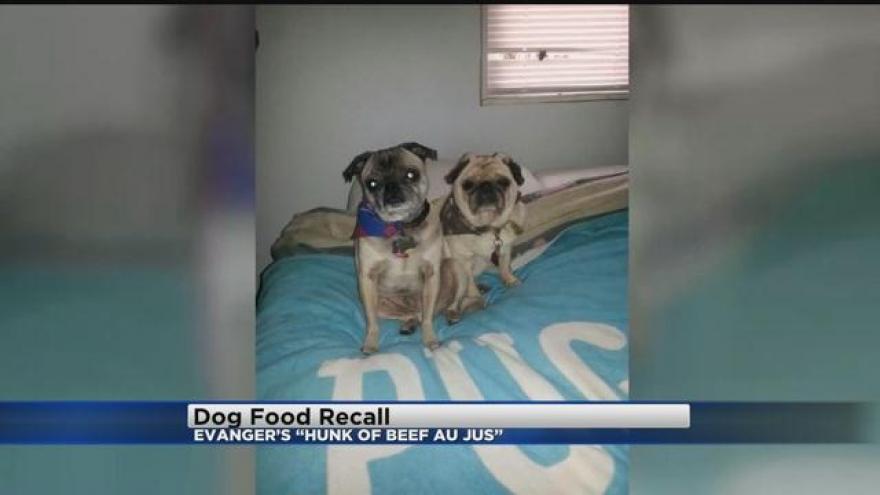 A dog food is being recalled because it contains something potentially deadly.

Evanger's says a drug used to euthanize pets was found in its "Hunk of Beef Au Jus."

Five dogs have gotten sick and one has died after eating the food.

Fifteen states are affected by the recall, including Wisconsin.

It's not clear how the drug made it into the food.

Evanger's is voluntarily recalling it.