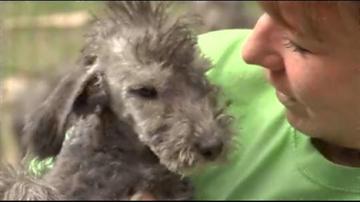 \"All breeders are being lumped together under one big umbrella, and it's not a one size fits all sort of scheme,\" said Fogel.

The city ordinance will not allow breeders like her-- who are regulated under state and federal law to supply puppies to pet stores in Milwaukee.

\"Pet store owners should be allowed to where they decide they want to get puppies from and not be forced to take them entirely from rescues where the source of the puppies is entirely unknown,\" said Fogel.

Pet store owners must obtain dogs and cats through rescue programs if the legislation passes.

Zielinski emphasizes responsible breeders can still exist under the ordinance.

\"If they are responsible breeders, they're not impacted by the ordinance,\" he said.

Fogel believes-- not being included on the list of acceptable places for pet stores to get dogs, sends the wrong message.

\"Not every commercial kennel can be considered a puppy mill,\" said Fogel.

A hearing for the ordinance is scheduled for May 1st with the Milwaukee Common Council's Public Safety Committee.