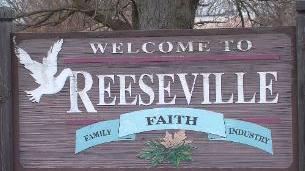 Two Milwaukee men were deer hunting over the weekend, but family members got worried when they didn't return home.

The Dodge County Sheriff  said his department got a call last night from a Milwaukee area family.

That family couldn't reach a father and son who were up here on a hunting trip.

Deputies went out to a cabin in rural Reeseville.

That is where the two men were staying.

Inside the cabin they found the two men.

A 46-year-old Milwaukee man who did not survive, and his 69-year-old father who was rushed to the hospital with life-threatening injuries.

Right now he is in intensive care.

The sheriff’s office along with the Dodge County Medical Examiner's Office are trying to figure out exactly what happened, but say the early signs point to this being a carbon monoxide poisoning.

"Obviously anytime we have a death investigation we look at it very seriously to ensure there wasn't any foul play. In this circumstance we don't believe that was the case, but we are still investigating all options. We believe it has the potential that could be a carbon monoxide poisoning type of incident," said Dodge County Sheriff’s Office.

Dodge County Sheriff said investigators are taking a close look at a furnace that was inside of that cabin.

Also the Department is not releasing names or saying exactly where that cabin is.