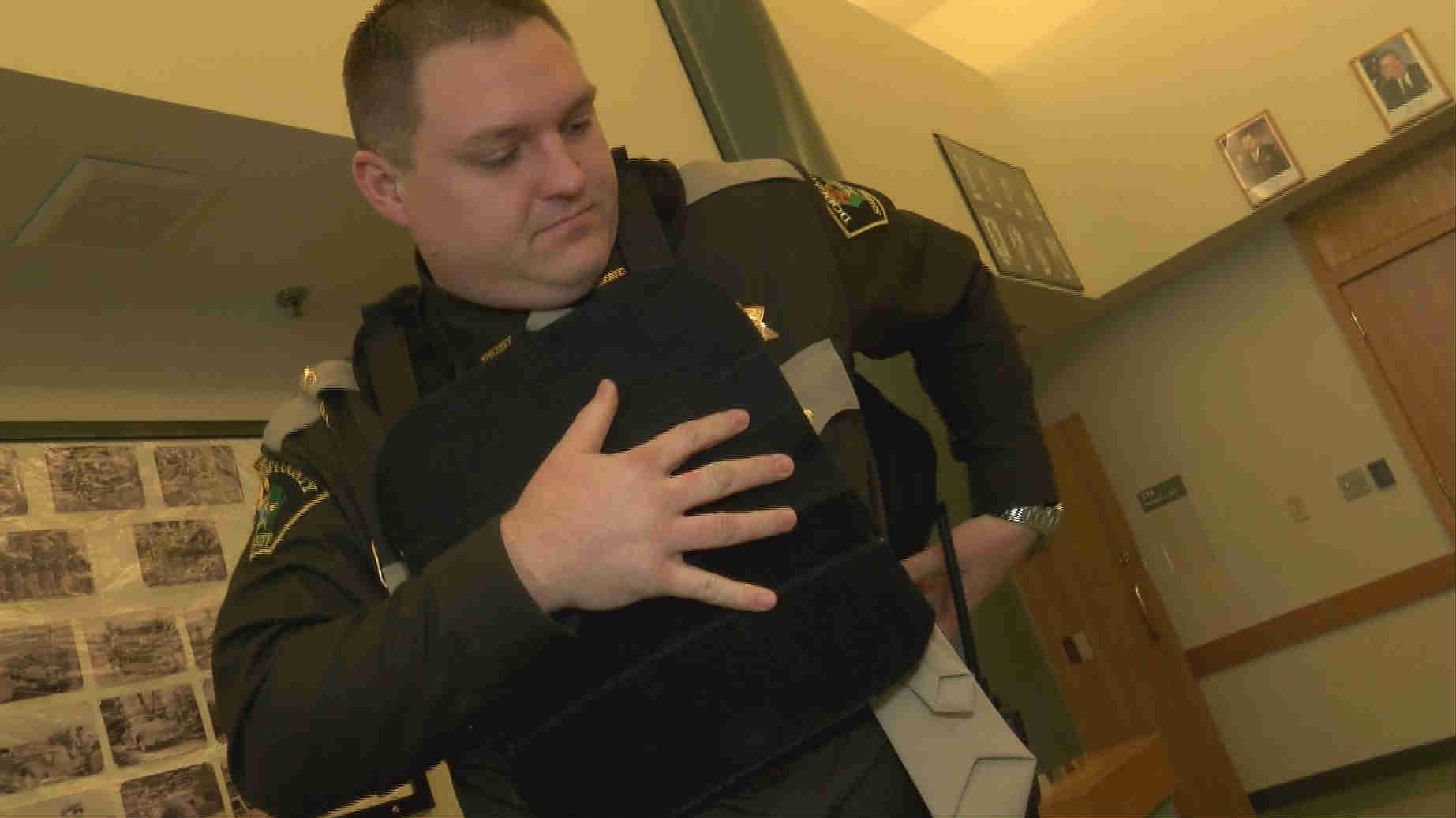 They're heavy, strong and can stop a bullet from a high-powered gun. But without them, the Dodge County Sheriff says his officers are at risk.

That's why Schmidt wants to supplement his officer's daily body armor with 16-pound rifle-plated vests.  Sheriff's deputies wouldn't wear the vests all the time, but always carry them in their squads for high-risk situations.

But the newly-elected sheriff, who took office January 5, didn't have a say in this year's budget process. Buying a vest for all 50 of his officers would cost about $17,000 -- money that isn't in the budget. So, Schmidt is turning to the community for help. The sheriff started asking for donations to pay for the vests, which cost about $335 each.

\"The plan is to do this on a voluntary basis,\" Schmidt said. \"I don't want to be in anybody's face saying, you need to donate to this. I want people to come forward on their own.\"

It's a need Fond du Lac police know all too well.

March 20, 2011, a man armed with a hunting rifle shot and killed officer Craig Birkholz during a standoff. The war veteran was wearing day-to-day soft body armor, but didn't have anything strong enough to stop a rifle's bullet.

\"If there ever was a silver lining in the death of one of our officers it was that we were able to have the community rally for us,\" Klein said.

People and businesses in Fond du Lac raised thousands of dollars to help police purchase enough rifle-plated ballistic vests for the entire force -- something the department just couldn't afford all at once.

\"Just gives them a little more reassurance that, I do have the equipment, I am going to survive,\" Klein said.

It's the same peace of mind sheriff Schmidt hopes to give his deputies.

\"I'd like to get these officers in these vests as soon as possible because you never know when that incident is going to happen,\" Schmidt said.

The sheriff hopes to raise the $17,000 by April or May. He tells CBS-58 News Horicon Bank is putting together a fund to help raise money.  You can find a link to sheriff's department website for contact information here.