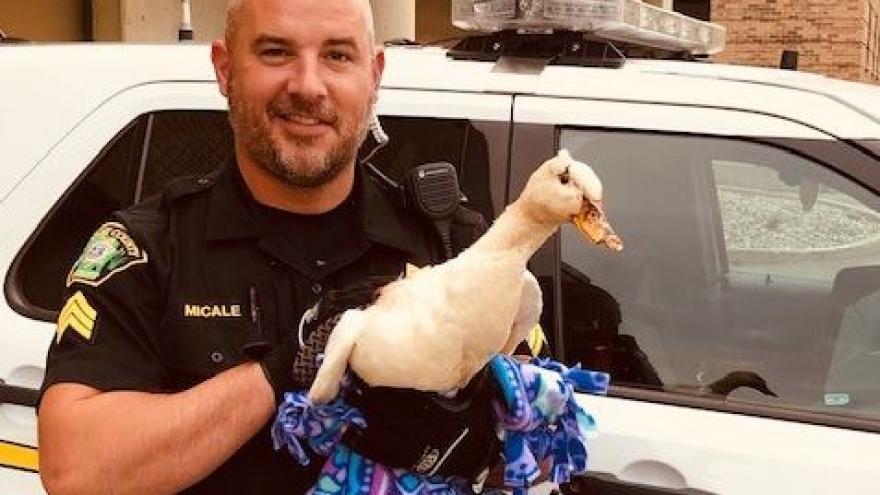 DODGE COUNTY, Wis. (CBS 58) -- An injured duck has another chance at life, thanks to a sergeant with the Dodge County Sheriff's Office and his daughter.

According to the department's Facebook page, Sergeant Micale was traveling down a county highway last week when he found multiple domestic ducks that had been struck in the roadway.

Unfortunately, seven of the ducks didn't make it, but Micale heard one duck, a female he later named Daisy, calling from the ditch.

The top of Daisy's beak was broken off, and she had a laceration to the top of her head, but she allowed Sergeant Micale to pick her up and check her out.

Micale contacted multiple residences but wasn't able to find an owner, so he took a large box back to the ditch where Daisy was waiting.

With Lt. Loos' approval, Micale and his daughter took Daisy to the Wildlife in Need Center in Waukesha County.

From there, the duck was transferred to the Waukesha County Humane Society for treatment.

The Sheriff's Office says she's now on the road to recovery.