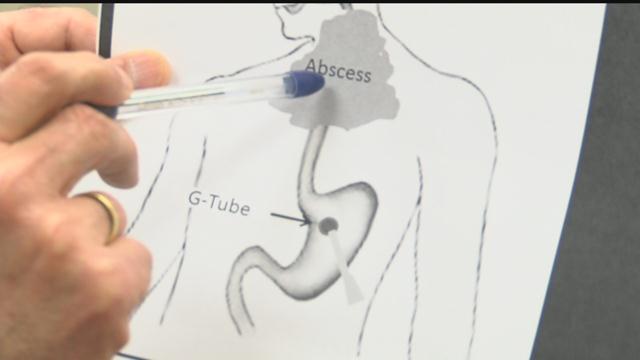 A patient has a new esophagus after doctors at Froedtert and Medical College of Wisconsin managed to grow a completely new one.

When the medical team at Froedtert regrew the man’s organ, they didn’t know how it would turn out.

It was the last effort to help an injured man swallow his food.

The patient’s esophagus got crushed in a car accident.

The damage caused an infection which left him unable to swallow.

When he did try to eat the food it just fell through his throat into his body. He was also paralyzed.

Doctors put stints to connect the damaged parts of the esophagus.

They wrapped the stints in human skin tissue and added plasma.

With time, the body regrew the man’s esophagus restoring part of his life to normal.

This could ultimately help patients with esophageal cancer, kids born with defects.

Since it has only worked once so far they can’t use it on other patients.

The next step to this is doing tests on animals and then clinical trials.

The doctors are writing grants in order to get the funding.

They said people have already reached out to them asking for the procedure.