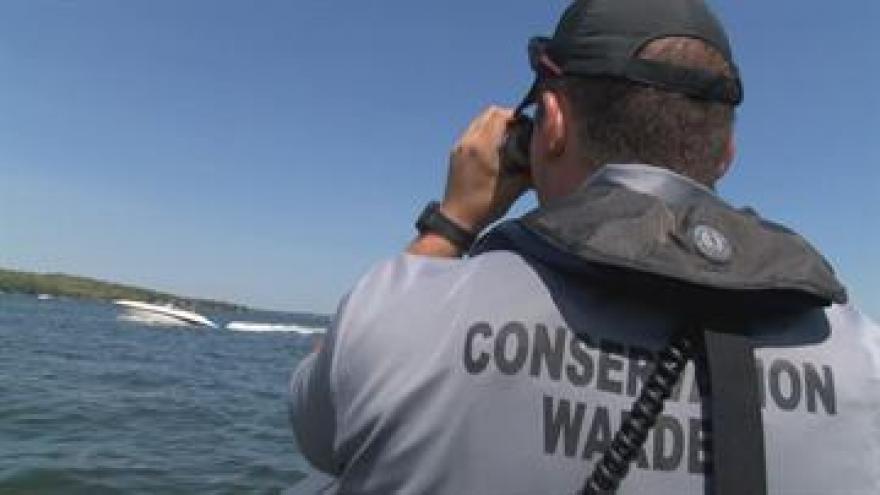 LAKE WINNEBAGO, Wis. (CBS 58) -- During a dangerous storm on Lake Winnebago this past summer, DNR Conservation Warden Tom Sturdivant and DNR Ranger Jeff Nieling braved treacherous waters to save a couple stranded on a disabled boat. The two continued searching even when waves threatened to submerge their boat.

The call for help came in during the evening on July 19 of a stranded 17 foot boat in the middle of Lake Winnebago. Strong thunderstorms were moving in and the wind was beginning to gust at over 30 mph.

The two responders began searching for the disabled boat, but were unable to locate the boat at the last known GPS coordinates as the waves were so high they blocked the officers’ view. They were provided subsequent GPS locations to check by dispatch and the boat occupants.

The storm got so strong that the DNR officers feared for their own safety and went towards the shore to ride out the heavy seas. At one point the water in the patrol boat was over the officers knees. The depth finder, search lights, dash lights all went out during the height of the storm. The officers eventually were able to tie the boat off to a private pier and rode out the storm.

“Words cannot describe the mayhem on the water... I was honestly worried we were going down at times....and Jeff volunteered for this adventure," said Warden Tom Sturdivant.

After about 30 minutes the storm slowed enough that the officers felt it was safe enough to leave the safety of the pier and resume the search. The boat was eventually located about 3 miles south and east of Grundman road. The officers brought the very terrified couple onboard their boat. The disabled boat was towed into Grundman boat launch just north of Oshkosh and tied off around 11:00 p.m. that night about four hours after the original call for help..

The woman and her husband who were rescued were shaking after the event and had tears in her eyes. The woman told officers how grateful she was that they risked their lives to save her and her husband. She said that this was an absolutely terrifying event.

The DNR patrol boat sustained damage to the props and gunwale during the search and rescue call.