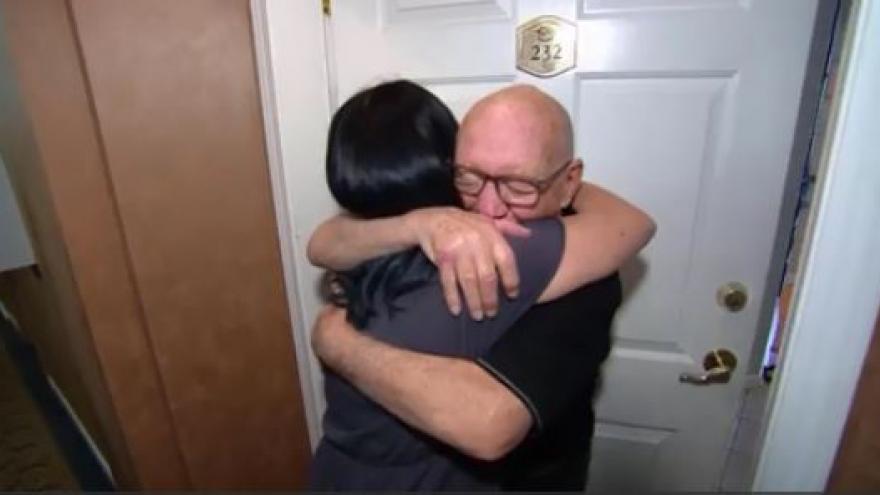 As CBS New York reports, 46-year-old Adriana Brown met her birth father for the first time after learning about him just a few weeks ago.

Brown was adopted at birth and found her birth mother a decade ago, but her mother was also adopted. Brown then did a DNA test to learn more about her background.

Coincidentally, Brown’s biological father, Bob Rodger, also sent his DNA sample in looking for answers about his own ancestry.

Brown said she got a message saying Rodger was her father.

“It said Bob Rodger, relationship parent/child,” she said. “Bob Rodger is your father… Yeah, so I sat at my kitchen counter in tears,” Brown told CBS New York.

When Brown emailed him about the DNA match, he says he was skeptical at first.

But once she told him her birth mother’s name, he recalled a brief tryst.

“This is the first time in my life I look and act like someone, and that’s pretty special,” said Brown. “I feel like I found my people. They just seem like me, they act like me, they’re saying and doing the things that I would like to do for someone.”

Now the two say they have a special bond.