Around 6 p.m. on December 31, officers stopped a car near 13th and Center. While talking with the passenger of the vehicle, officers saw a rifle and a rifle magazine. The passenger did not possess a CCW license. Both the passenger and driver, a 52-year-old man and a 28-year-old man, were determined to be convicted felons. They were taken into custody and charges are pending. 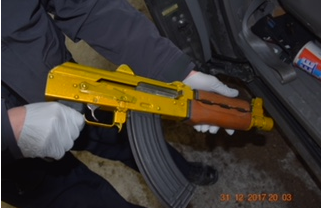 Officers recover a rifle near 13th and Center

Around 8:45 p.m. on December 31, officers responded to a crash scene in their district. The driver of a striking vehicle fled but an 18-year-old female stayed on scene. Inside the car, a 2006 Lexus, officers found more than 300 grams of marijuana, a handgun, and more than $3,500 in cash. The 18-year-old was taken into custody and charges are pending. 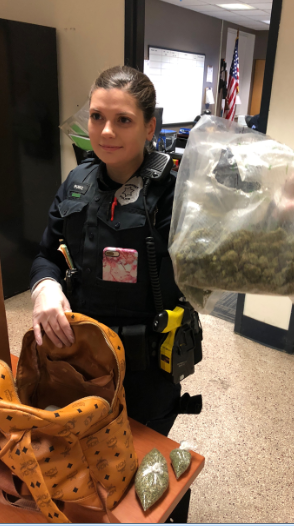 Shortly before 1 a.m. on January 1, officers responded to a ShotSpotter alert in the 3400 block of N. 14th Street.. Upon arrival, officers encountered a 22-year-old man who fled the scene. After a brief foot chase, he was taken into custody. The man had a gun on him at the time of the arrest. Officers also recovered two additional guns at the scene. Charges are pending. 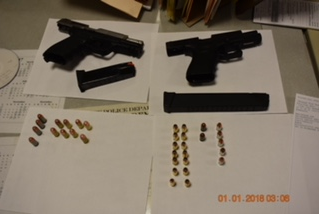 According to police, officers in District Five recovered 610 guns in 2017.

District Five officers from the Milwaukee Police Department ended 2017 with their continued mission of making Milwaukee a safer place and made several impactful arrests and gun recoveries.
Share this article: