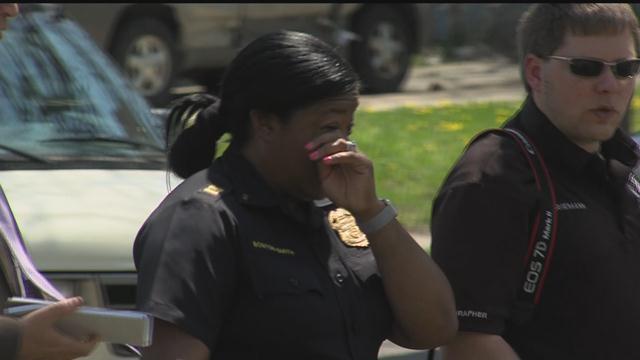 A nine year old is still fighting for her life after she was shot last night.

A stray bullet went through the home she was staying at off 15th and Meinecke.

Her family is asking for prayers.

"Here we are again having conversations about children in our community. As this press watch children across the street file into school expect to be safe,” said Common Council President Ashanti Hamilton.

District 3 Captain Shunta Boston-Smith was too distraught to speak in front of the cameras.

Zalaia Jenkins was playing double Dutch with her friends.

The Captain promised the girl she would keep her safe.

Tears rolled down her face as the captain recalled hearing last night’s 911 call.

She rushed to the scene even though she wasn't on duty.

The sadness today, turning into a call for action.