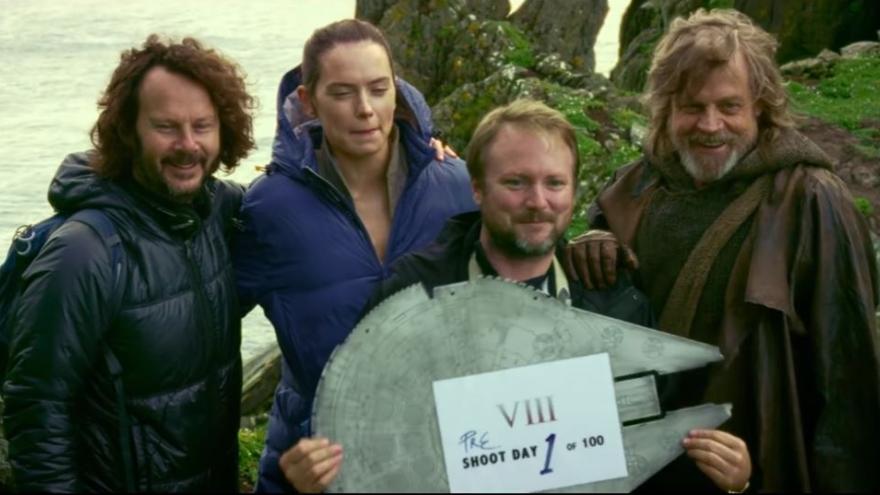 (AP) -- Fans at the Disney expo D23 were treated to a behind-the-scenes featurette from the upcoming "Star Wars: The Last Jedi" Saturday but no full trailer for the highly anticipated space epic.

The footage showed the late Carrie Fisher telling the camera that the film is about family, which is what's so powerful about it.

A sequel to "The Force Awakens" written and directed by Rian Johnson, "Star Wars: The Last Jedi" picks up with Daisy Ridley's Rey and Mark Hamill's Luke Skywalker on that remote cliff.