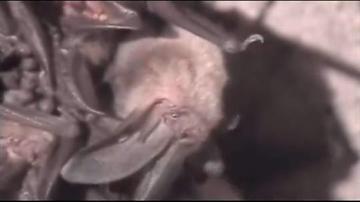 GRANT COUNTY-MADISON - White-nose syndrome, a bat disease that has spread to 23 states       and killed up to 5 million bats since 2006, has been confirmed in Wisconsin, the DNR confirmed Thursday.

Results from visual inspection and genetic and tissue tests completed earlier this month showed that 2 percent of bats in a single mine in Southwestern Wisconsin had the disease, named for the characteristic white fuzz on their nose, wings and tails, according to Erin Crain, who leads the Department of Natural Resources Natural Heritage Conservation Program.

\"The discovery is not a surprise but it's a sad day for Wisconsin. We face the loss of multiple bat species and the benefits they provide to our ecosystems and our people,\" Crain says.

\"We knew this day would come because white-nose syndrome spreads rapidly bat to bat and bat to cave. With great cooperation from mine and cave owners, we took aggressive steps to prevent human spread of the disease to Wisconsin, and we think those steps helped delay its arrival by several years, allowing more time for research and to learn from other states' experiences. But we knew there would be no dodging the bullet. We now face the sad potential of bat die offs that will be felt at home and across the country.\"

Wisconsin is home to several of the upper Midwest's largest bat hibernation sites and historical estimates have put the population at 350,000 to 500,000 bats. Bats play an important role by eating insects that can damage forests and transfer diseases like West Nile Virus.

At this time, the discovery in the Grant County mine appears to be an isolated occurrence.