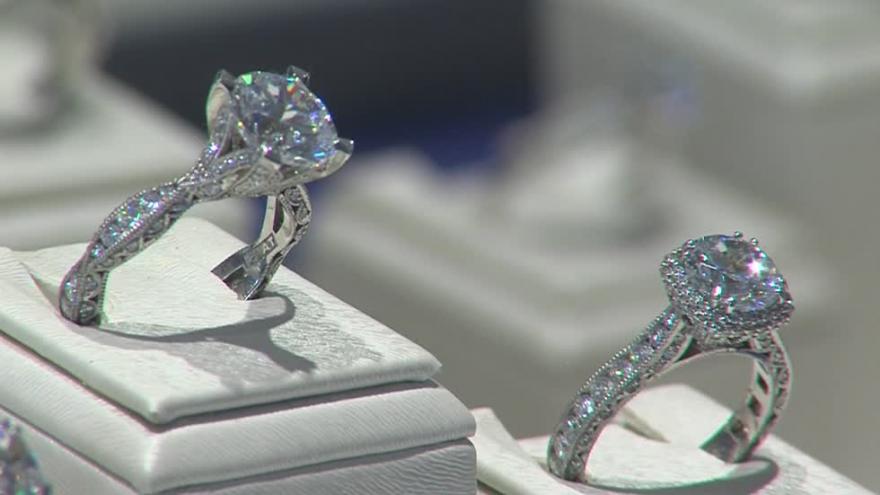 (CBS 58) -- More and more people are buying man-made diamonds, ones grown in a lab and not naturally mined. But, what's the difference? Here's what you need to know before popping the question.

“Consumers have a choice now. They can choose from a lab-grown diamond that was created above earth or a mined diamond that’s billions of years old that was found in the earth,” said Craig Husar with Husar Jewelry.

Diamonds represent not just love but perfection. They're also expensive.

"It's about time that diamond is now available in a lab-grown version," Husar said.

Craig Husar is a certified gemologist and local jeweler. He showed CBS 58 News the difference between natural, mined diamonds and man-made or "lab-grown" diamonds, which can be significantly less expensive.

Richard Kessler has been in the diamond business for nearly 40 years, so he's seen the way the industry has changed over the last few decades. Particularly, how technology has advanced, allowing manufacturers to grow their own diamonds in a lab.

Lab-grown diamonds have the same scientific composition as natural diamonds, but they're created by machines. Looking at them side by side, they're indistinguishable unless you're using a microscope. Jewelers say the biggest difference is the cost.

Kessler says buying a lab diamond could mean you get a 50% larger stone.

"The biggest problem with synthetic or the lab-grown is the resale value on it is not there right now," said Jeff Sullivan with Sullivan Jewelers.

Jeff Sullivan, whose family owned business has been in Brookfield for 15 years, warns his customers about choosing lab-grown. Yes, you can get a bigger diamond, but you're risking the resale value.

"We don't know how much they're gonna mass produce. That's the advantage to the natural diamond, you're gonna hold your value," said Sullivan.

Not all jewelers agree. Kessler, for one, doesn't think any customer should think of a diamond as an investment.

"An investment is something you buy with the intention to sell it at a profit. You're giving a diamond as a symbol of your commitment and love," said Kessler.

Every jeweler we spoke with did agree on one thing, the decision between lab-grown diamonds and natural diamonds is a personal one. Shoppers should make the decision that feels right for them.