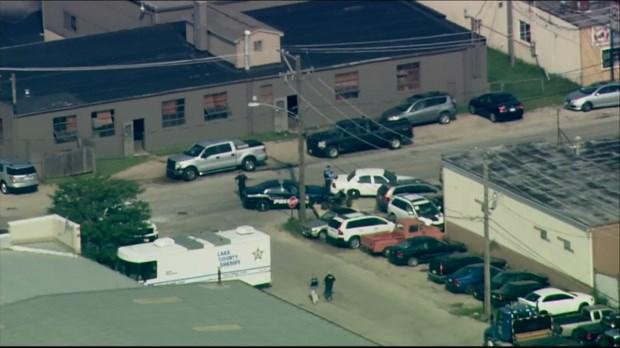 The search continues Tuesday night for three suspects connected to the fatal shooting of a police officer in Fox Lake, Illinois. The shooting occurred just before 8 a.m. Tuesday near Rollins Road and Route 59. Sources said it started with a traffic stop on Rollins Road, when pepper spray was deployed, and the officer was shot and seriously wounded. Police were searching for two white males and one black male. Unconfirmed dispatch reports indicated the suspects might have taken the officer’s gun and pepper spray.

The victim has been identified as Lieutenant Charles Joseph Gliniewicz, who had served on the Fox Lake force for over three decades and was a father of 4. Residents in Fox Lake talk about his dedication to the community through volunteer work with the Lions Club, the Chamber of Commerce, and the Explorers Club, a group for youth who are interested in becoming police officers.

Several schools in the area were locked down for several hours while police searched for the suspects. Students were eventually released around 4 p.m. More than 100 law enforcement officials remain on scene Tuesday night looking for the suspects. No Wisconsin agencies are currently involved in the search but remain on standby to assist with the manhunt if needed.