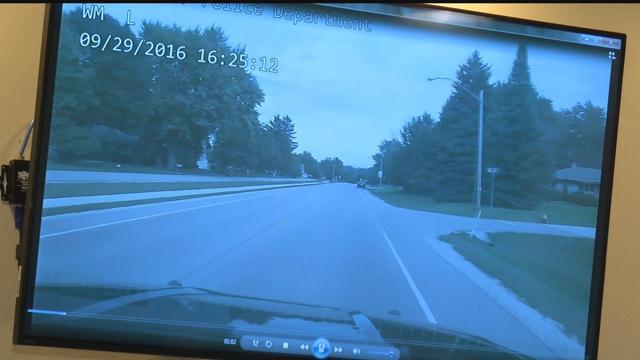 Both dogs were shot by Brown Deer Police officers.

On Tuesday, video was released showing when police arrived.

The dogs were still attacking the teen girls when police arrived.

It all started from inside the house and continued outside.

Police showed us part of that video which they describe as horrific.

We are choosing only to show you the video of the police car driving up to the attack to respect the families' request not to show it.

In the video, you can see the dogs biting and scratching the two 14 year old girls.

An officer runs up to try to stop the attack, when one of the dogs charges at him.

That was when he fires six shots hitting both dogs and killing one of them on scene.

The other dog who survived being shot was later euthanized.

Police telling us for the first time Tuesday that this all started from inside one of the victim's homes and continued outside when the girl tried to run away from being attacked.

That was when the dog followed her outside.

Her friend had just come over to visit when she was also attacked by the second dog.