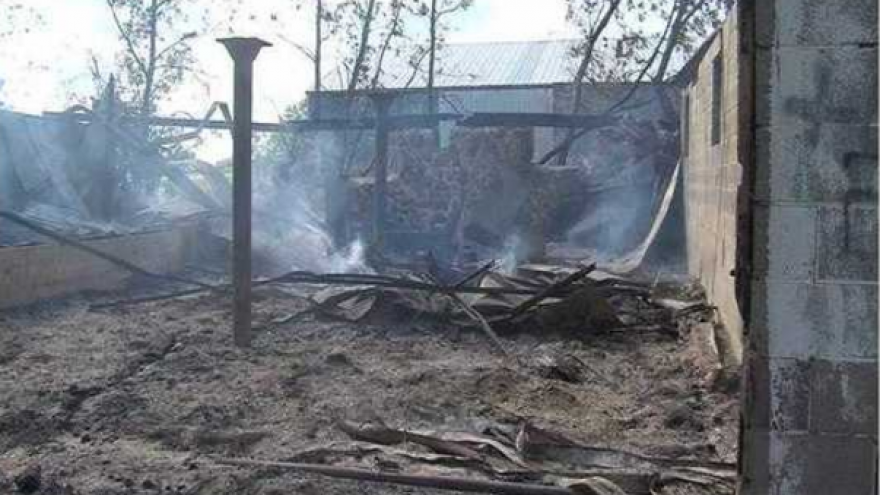 OSHKOSH, Wis. - (WFRV) An abandoned barn in Oshkosh is now a total loss after illegal fireworks were set off next to it on Monday night.

Firefighters arrived at the scene to find the abandoned barn completely engulfed in flames. Fortunately, no people or animals were inside.

"It was pretty obvious that it was caused by people shooting off fireworks in the area, it was actually illegal fireworks in the area, and we found all the empties all over the place so it wasn't that difficult of an investigation," John Holland, public education specialist with the Oshkosh Fire Department, said.

In Wisconsin, illegal fireworks come down to simple rules.

"It goes back to do they leave the ground and do they explode," Holland said. "If they do either, or both of those, they're illegal."

If a fireworks vendor tries to sell you a "permit" to shoot off illegal fireworks on their property or elsewhere, it's fake.

"Your permit is worthless, it just doesn't do a thing," Holland emphasized.

If you do grab legal fireworks for the 4th of July, there are simple ways to keep the activity safe.

"First of all, they should make sure that only adults are lighting the fireworks, children shouldn't be lighting them," Holland said. "There should be a bucket of water out there, in case something does go wrong and you should be on a driveway or something that is not gonna burn."

When the fireworks are spent, dunk them in water.

"They should put the fireworks in that bucket of water to make sure they don't reignite and that way you can be sure that they're out," Holland said.

Holland also wants to remind people to be considerate of their neighbors who are veterans, who may suffer from PTSD and do not like the sound of fireworks.