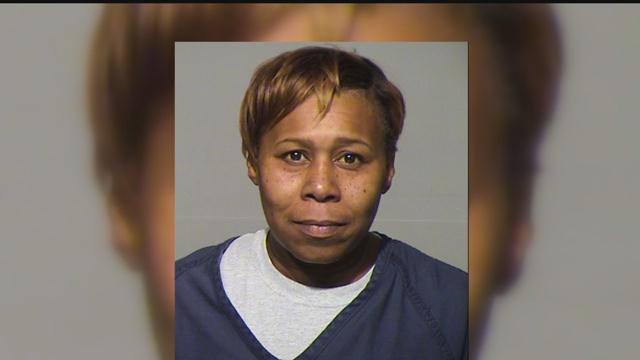 A City of Milwaukee employee in charge of evicting people from drug houses, is now accused of keeping a drug house herself. Regina Sims has worked at the Department of Neighborhood Services (DNS) since January 2013.

Sims is on administrative leave after police found drugs, weapons and ammunition inside her house.

Sims faces a felony charge of keeping a drug house on West Rio Street on Milwaukee's northwest side. Police arrested her on September 9th after receiving a tip.

"Specifically with Milwaukee dealing with so much violence and also the amount of drugs that we have on the street, who would know that it would actually come from within city government," Davis said. "No one is immune to this type of behavior."

Investigators also arrested her son Timothy Rawls and his friend Romero Ross. Rawls told police he stored his drugs at Sims’s house because there were children that lived at Ross’ house and he did not want to expose them to drugs.

Heroin was, also, found at the house in small baggies consistent with distribution, according to the criminal complaint.

A safe in the basement contained various different baggies with marijuana. Two different bags of money were recovered from the safe. The bags totaled $3,600.

"When you see a city employee engage in illegal behavior that's something that we have to address and unfortunately she's going to have to go through the court system like anyone else who breaks the law," Davis said.

Todd Weiler, with DNS, released the following statement: "The Department of Neighborhood Services is aware of the charges against Regina Sims and has initiated an internal investigation... due to the ongoing investigations we cannot make further comments."

Sims is out of jail and has a court date set for October 15.