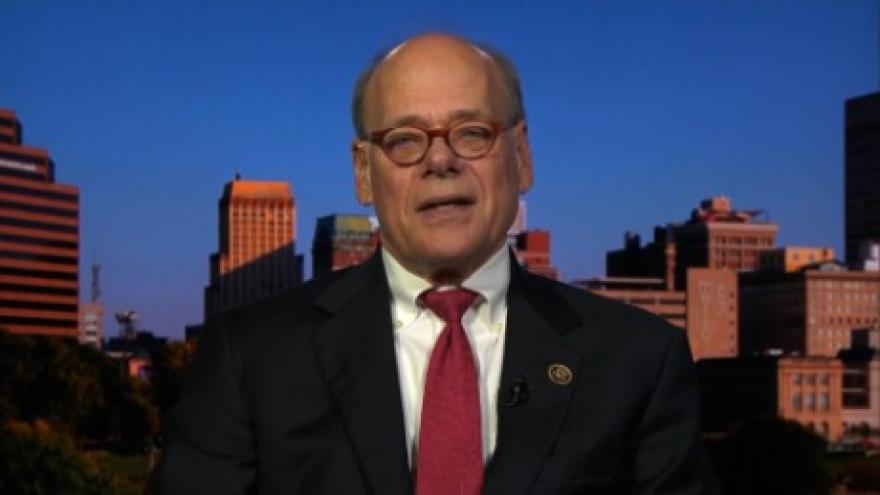 Cohen cited potential obstruction of justice and violations of the Constitution's Foreign Emoluments Clause as the reasons for impeachment while also addressing his own strong moral opposition to the president's words and actions relating to the violence in Charlottesville, Virginia over the weekend.

"In response to the horrific events in Charlottesville, I believe the President should be impeached and removed from office," Cohen said in a statement released by his office. "Instead of unequivocally condemning hateful actions by neo-Nazis, white nationalists and Klansmen following a national tragedy, the President said 'there were very fine people on both sides.' There are no good Nazis. There are no good Klansmen."

The congressman's call to remove Mr. Trump from office comes after the president blamed the Charlottesville disruption on "both sides"-- both the white supremacists leading the "Unite the Right" rally, and their counter-protesters, who Mr. Trump labeled the "alt-left."

Cohen also serves as a Ranking Member of the House Judiciary Subcommittee on the Constitution and Civil Justice. A move to impeach Mr. Trump from the White House will likely not pick up speed in a Republican-controlled Congress.

"As a Jew and as an American and as a representative of an African American district, I am revolted by the fact that the President of the United States couldn't stand up and unequivocally condemn Nazis who want to kill Jews and whose predecessors murdered 6 million Jews during the Holocaust, and could not unequivocally condemn Klansmen whose organization is dedicated to terrorizing African Americans," Cohen's statement reads.

Cohen is not the first of his colleagues to call for Mr. Trump's impeachment. In July, Rep. Brad Sherman, D-California, and Rep. Al Green, D-Texas, co-sponsored an article of impeachment.