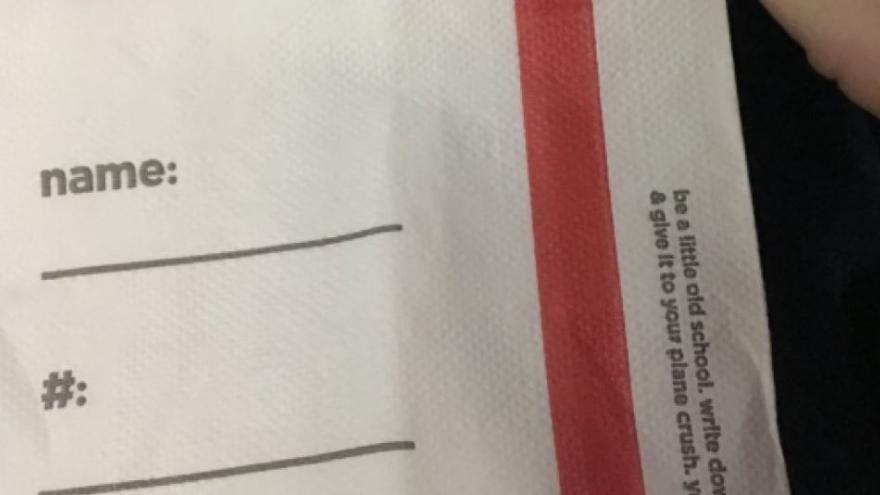 (CBS News) -- Delta and Coca-Cola are apologizing for napkins that encourage passengers to give fellow flyers their phone numbers.

The Diet Coke-branded napkins read, "because you are on a plane full of interesting people and hey...you never know."

On the back of each napkin are spaces to write a name and phone number. The backs also include a suggestion: "be a little old school. write down your number and give it your plane crush. you never know..."

People took to social media calling the napkins creepy and urging the airline to drop them. One user called the napkins a "swing and a miss."

Others, however, said they like the napkins, with one calling them clever and another saying they support Delta.

In a statement, Coca-Cola "sincerely" apologized to anyone it may have offended. "We worked with our partners at Delta to begin removing the napkins last month and are replacing them with other designs," it said.

Delta said: "We rotate Coke products regularly on our aircraft as part of our brand partnership, but missed the mark with this one. We are sorry for that and began removing the napkins from our aircraft in January."