'Defund The Police' mural outside Milwaukee's City Hall to be removed 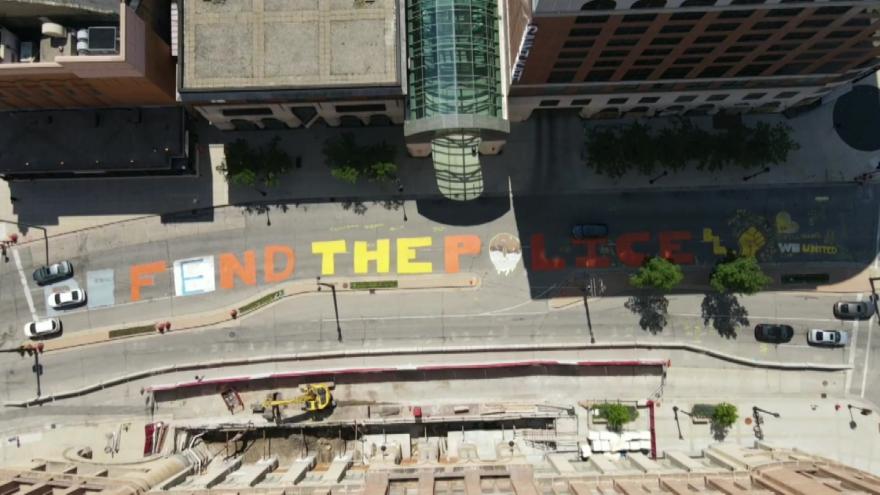 MILWAUKEE (CBS 58) -- A mural with the words "Defund the Police" will be removed from the street outside Milwaukee's City Hall.

According to a news release, "serious traffic concerns" have come to light as a result of the display at Water and Kilbourn.

The release goes on to say the street mural takes up the entire block of the southbound lanes of Water Street, and covers control pavement markings that provide guidance and information for drivers and are essential for a safe flow of traffic.

"It has also been observed that the paint is very slick when wet and we have observed vehicles having difficulty breaking and stopping when approaching the Wells Street traffic signal," the city said in a release. "We have observed and/or received complaints that the mural paint surface is problematic for vehicles ranging from bicycles and motorcycles to buses when it rains."

Due to the concerns, the City of Milwaukee Department of Public Works (DPW) is set to remove the mural on Friday, July 10.

“The message painted on Water Street has been heard loud and clear by policy makers in city government, and the Department of Public Works has no intention to diminish the voices calling for change,” said Commissioner of Public Works Jeff Polenske. “Our concern for unauthorized street art including the current mural on Water Street is solely about safety.”