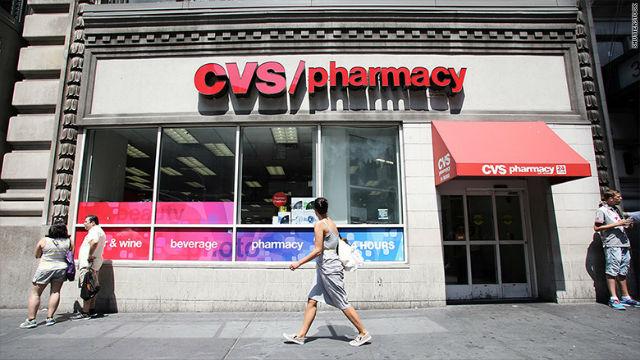 CVS is overcharging customers who have insurance by \"fraudulently\" jacking up prices on prescription drugs, while those with cash are paying much less, a lawsuit claims.

In one example, the suit accuses CVS of charging $135 for a 90-day supply of a generic version of Fosamax, which is used to prevent osteoporosis, while customers paying in cash for the same drug were charged $12.

The lawsuit was filed by seven customers from different parts of the country who are seeking \"monetary damages.\"

CVS, which recently announced a $2 billion deal to buy Target's pharmacies, did not immediately respond to messages from CNNMoney.

However, company spokesman Michel DeAngelis told the Associated Press said that CVS hadn't been served with the lawsuit so he couldn't comment on it. He also said that co-pays are determined by a patient's prescription coverage plan and that a similar lawsuit in Massachusetts was dismissed.