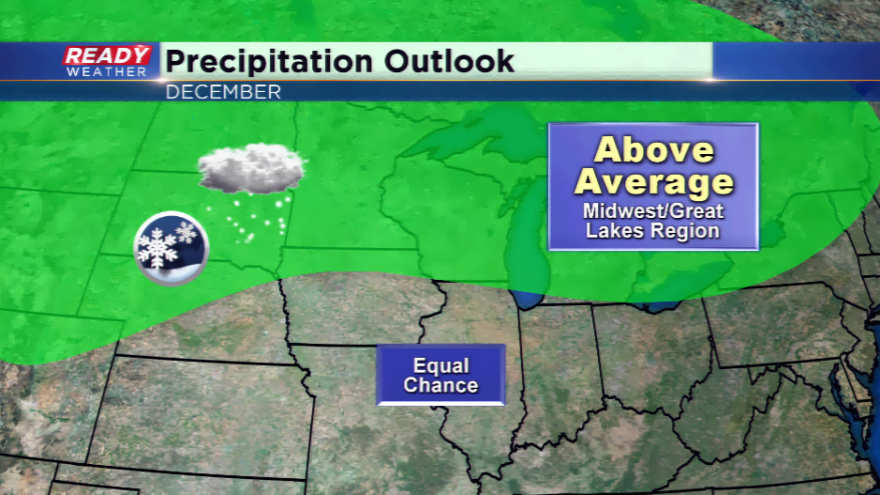 If you follow news or weather, you most likely have heard of the term “La Niña”. What does it mean? In Layman’s terms “a cooling of equatorial water in the Pacific that impacts weather patterns”. 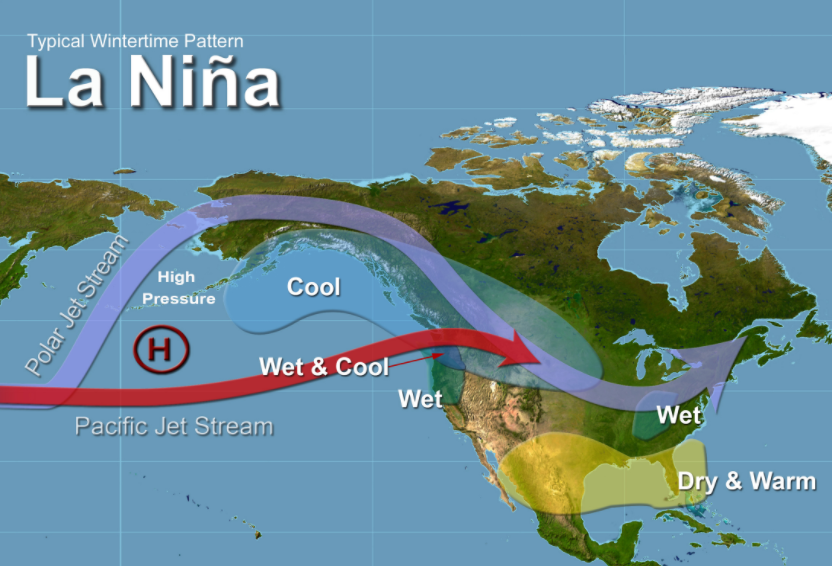 What does it usually mean for Wisconsin? It can mean an average, or just below average temperatures, but above average chances for precipitation. We know precipitation in winter means more snow. It is a weaker La Niña year, which could mean more cold. 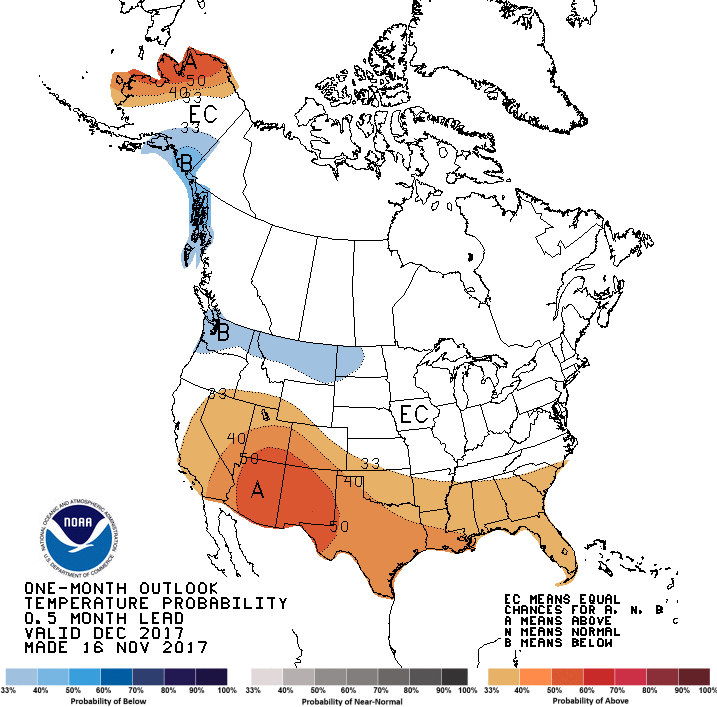 December has been a higher snowfall month when under the La Niña pattern, and it comes to no surprise the Climate Prediction Center is indicating this. The CPC has the region under an “above average chance” to see higher than normal precipitation during the month of December. A typical December month will feature 10.6” of snowfall in Milwaukee, with the record hitting nearly 50” of snow back in 2000.

The temperature outlook appears to bring an “equal chance” of above or below normal temperatures. When this kind of pattern sets up, the jet stream is nearby and is the conveyor belt for storm systems. Some days will be above normal, and some will be below. It’s what leads to the active weather pattern and higher precipitation chances. 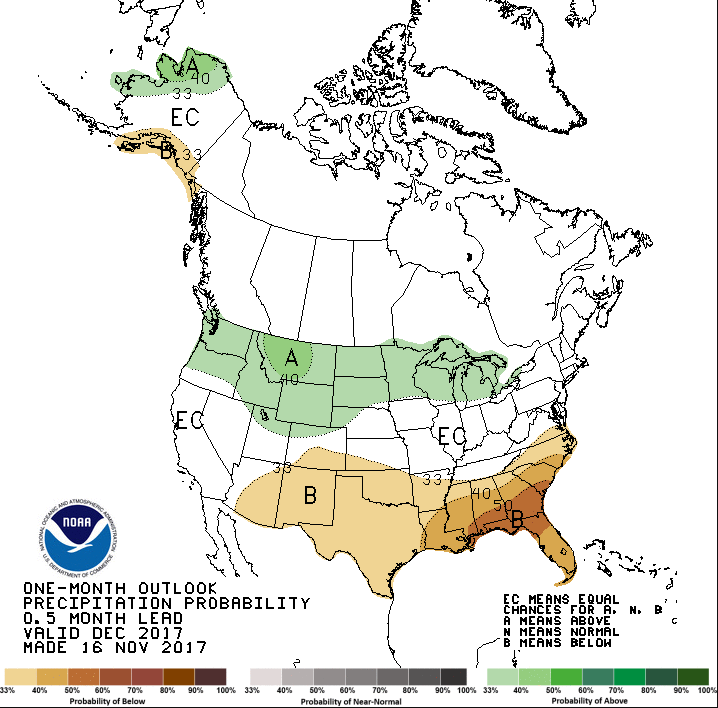 Keep in mind that these are full snow seasons and not just the month of December. These totals all were nearly double what we see in a normal winter season for snow. 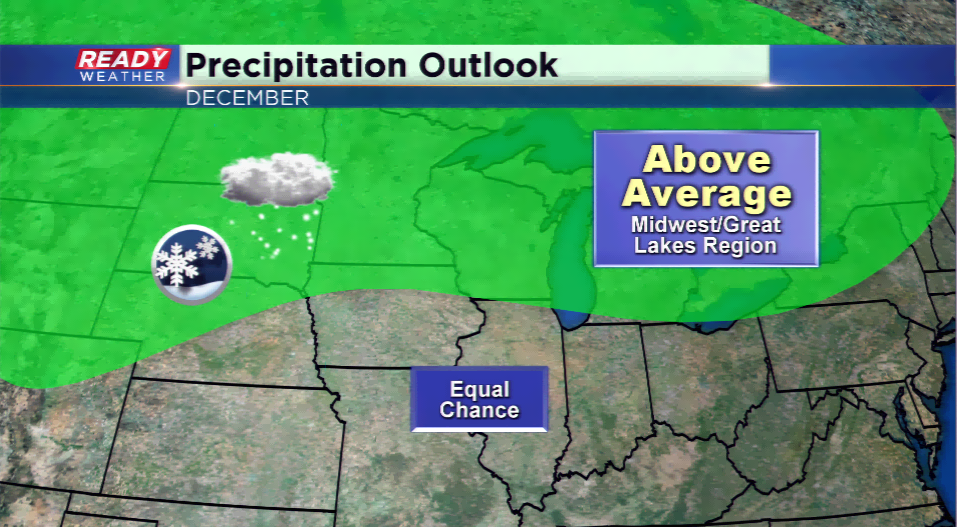 This type of weather pattern can make a big difference, and the long term models are indicating a possible busy month for snow to end 2017.