NOW: December ending as one of the least snowy but warmest on record

Winter roared back Monday night as snow developed across southeast Wisconsin. A few heavier bands of snow pushed through during the overnight hours with snow wrapping up by 5 a.m. Tuesday. northwest communities where they were under a winter weather advisory picked up the most snow with a couple report over 5" in Fond du Lac. The majority of southeast Wisconsin saw 2-4" right on track withe the forecast. 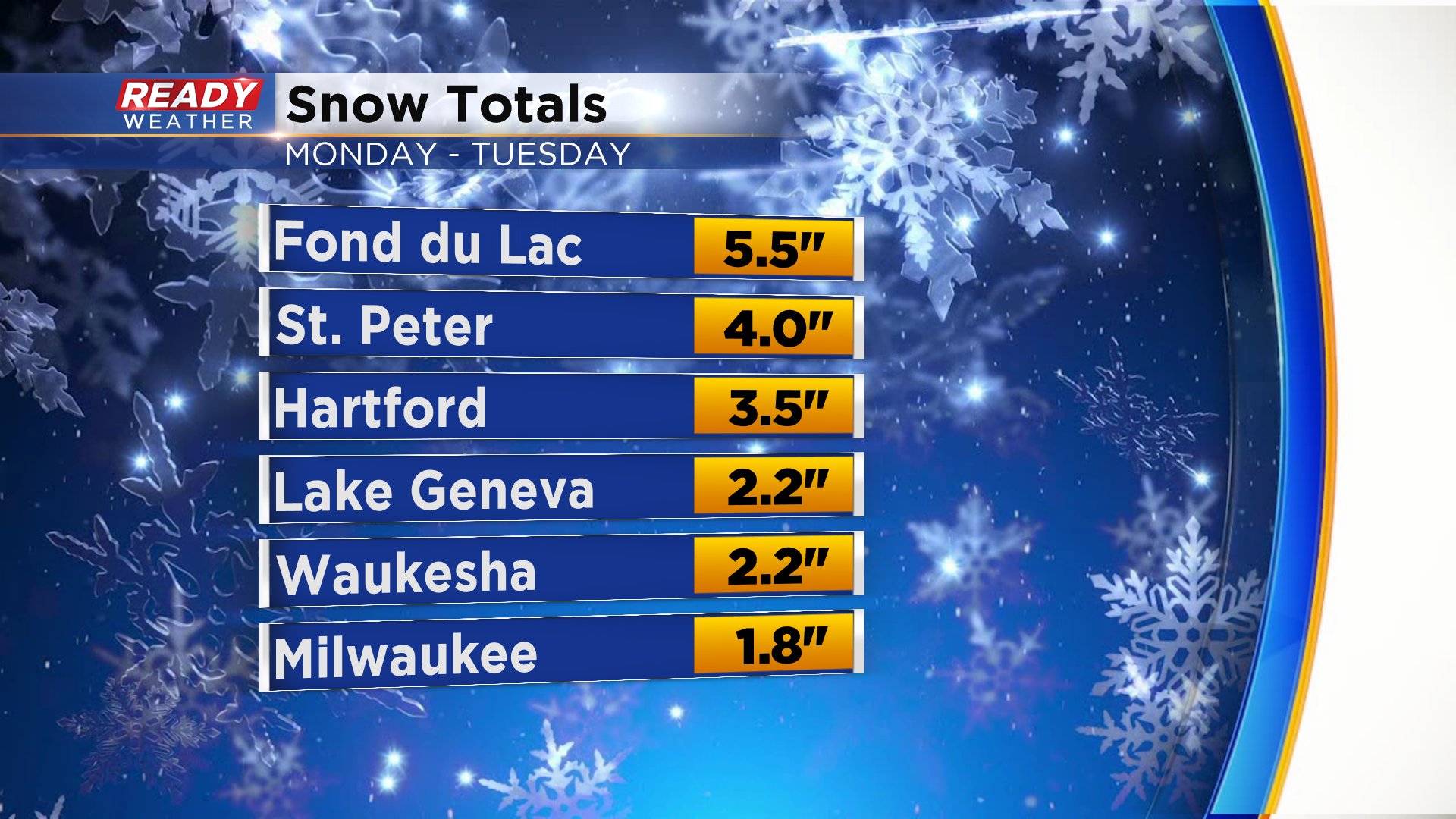 Milwaukee officially picked up 1.8" at the airport which pushes the monthly December snow total to 2.3" which is above last year's meager inch and a half but well below the monthly average of 10.6". With the additional snow and no more expected on Tuesday, December of 2019 will go down as the 22nd least snowy on record. 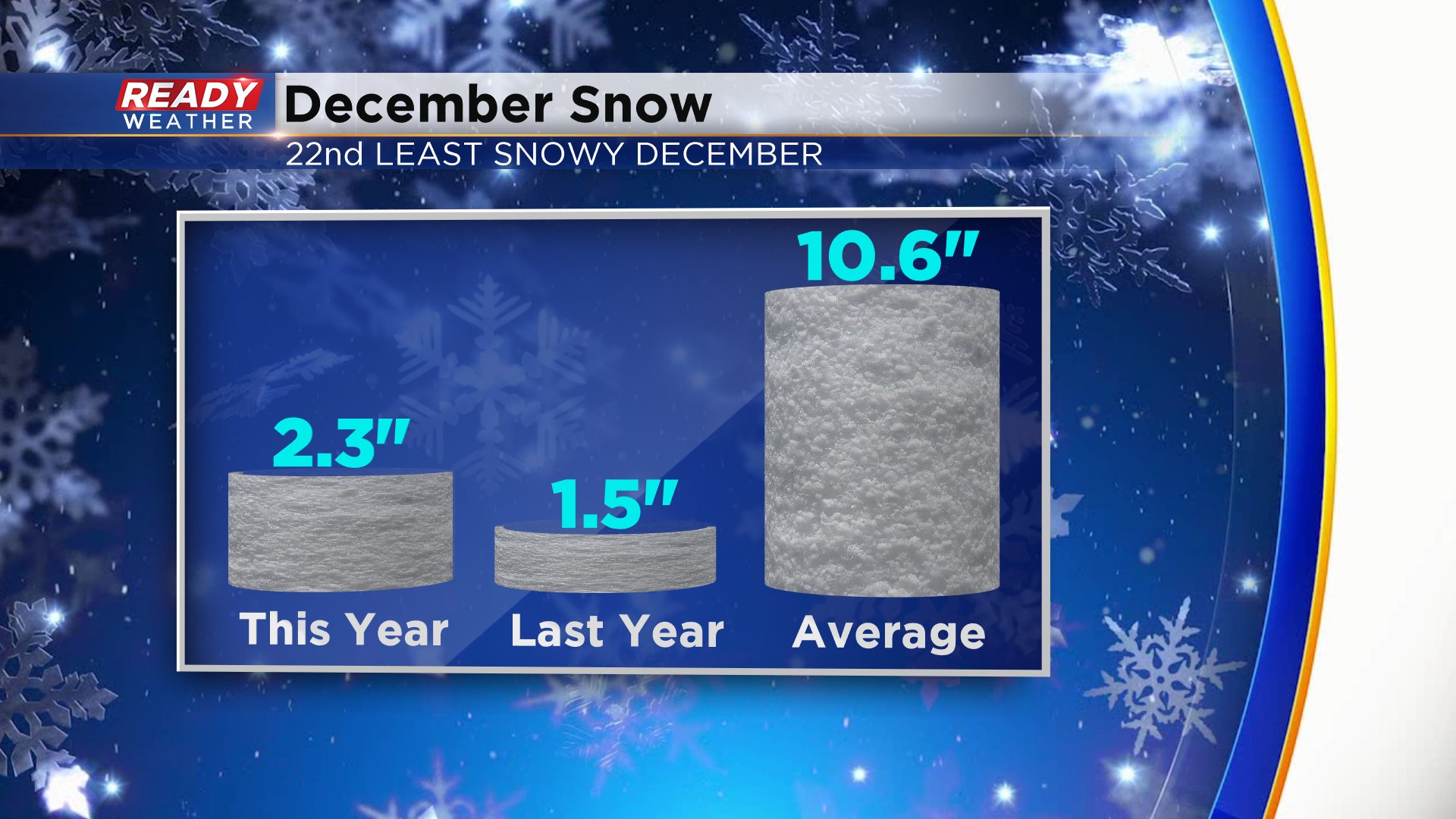 Going into the last week of December it was also one of the driest Decembers on record, but a good soaking rain last weekend ended that streak. Milwaukee picked up 1.96" of precipitation for the month just barely below the average of 2.04". When it came to temperatures, overall December was a very warm month with a handful of well above-average 50s. With still one day left to go the average temperature stood at 33.7° which is good enough to be the 12th warmest on record. 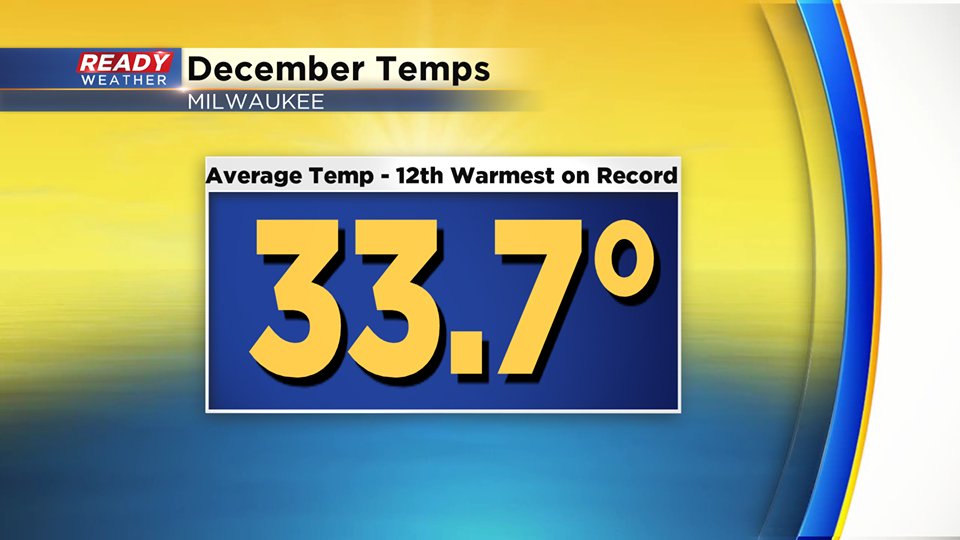 January is one of our most stagnant months of the year when it comes to temperatures. During the entire month the average high stays at 29° and the average low goes from 16° to start to 15° in the middle of the month and then back to 16° to end the month. January is our snowiest month on average with 14.7" of snow. 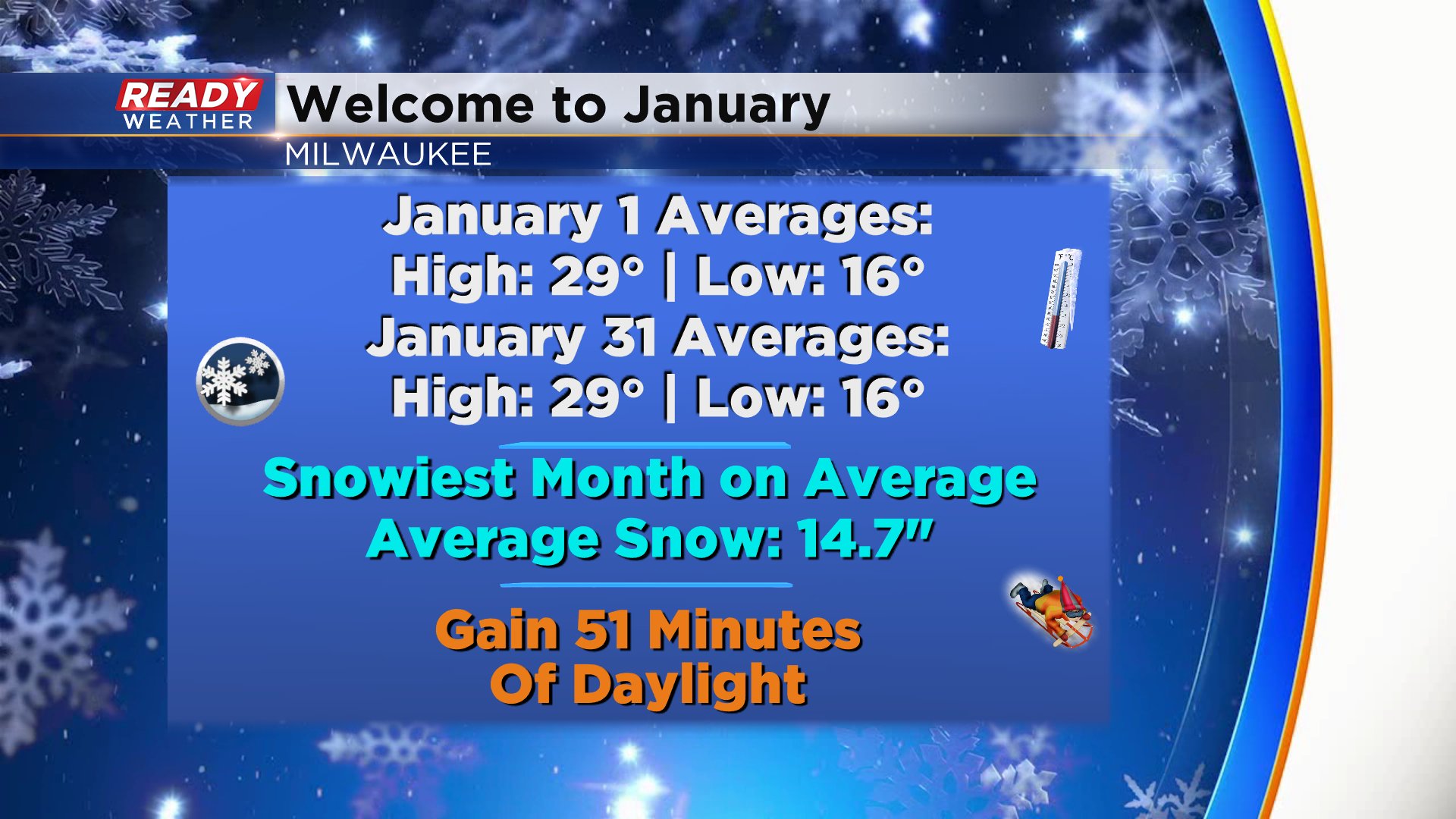 Last year followed a similar pattern with a snowy November and dry December so if the winter of 2018-19 is any indication we could be in for a very snowy January. Last January picked up over 20" of snow! Download the CBS 58 Ready Weather App to see when that next snow could arrive.