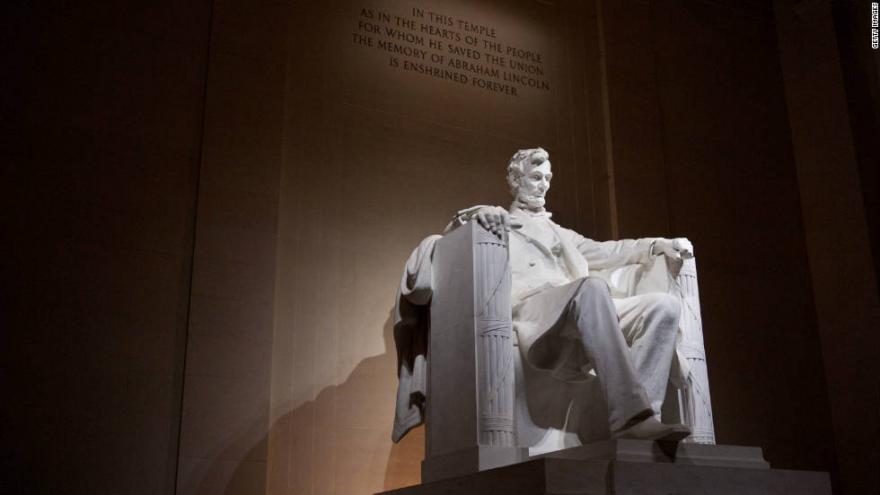 Washington (CNN)The National Park Service is actively working to remove graffiti found spray-painted in red on a pillar of the Lincoln Memorial on the National Mall early Tuesday morning.

The graffiti was discovered around 4:30 a.m. ET Tuesday and appears to say "[expletive] law," according to a statement provided by NPS.

NPS also found indecipherable graffiti in silver spray-painted over a map of the Smithsonian museums in another area of the National Mall.

Both sites of vandalism are already being actively cleaned up by a National Mall and Memorial Parks monument preservation crew. Cleanup will continue until all evidence of the graffiti is gone, according to the NPS statement. The United States Park Police is currently investigating the incident.

This is not the first time that national monuments in DC have been tampered with. In February, the World War II, DC War Memorial, Washington Monument and the Lincoln Memorial were all vandalized with conspiracy-filled graffiti.

The graffiti consisted of text written in sharpie or magic marker, officials said, and included the words "Jackie shot JFK" and a message related to the September 11 attacks, according to US Park Police spokesperson Sgt. Anna Rose.

Back in 2013, the statues of Abraham Lincoln inside the Lincoln Memorial and Joseph Henry, outside the headquarters of the Smithsonian Institution, were also vandalized with green paint.