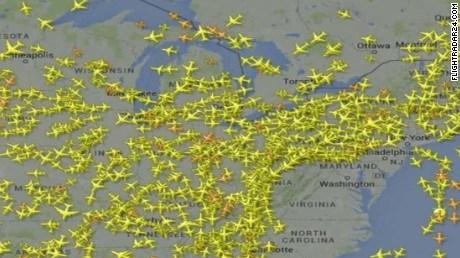 \"We are directing high-altitude traffic around the affected airspace,\" Bergen said.

Airports with delays included Baltimore-Washington International Airport, where departures were stalled up to two hours as of 1:15 p.m. ET, the FAA said.

\"We are working on rerouting aircrafts that were planned,\" Delta Air Lines spokesman Morgan Durrant said. \"We have to make last-minute adjustments to flight plans. Flights in and out of the three major D.C.-area airports may be delayed.\"