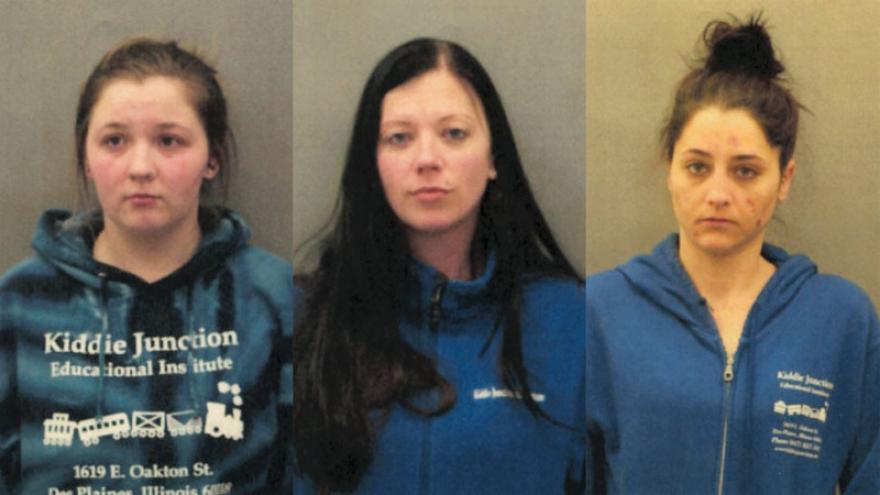 CHICAGO (CBS) — Three daycare workers have been charged with child endangerment, after they allegedly admitted giving gummy bears laced with Melatonin to a class of 2-year-olds to get them to calm down for nap time.

A manager there told police one of the teachers had been distributing gummy bears laced with melatonin to her class of 2-year-olds without the parents’ authorization. Police said there were four gummy bears left in a bottle that contained 120.

“Allegedly, this was done in an effort to calm them down before nap time,” Des Plaines Police said in a statement on Monday.

Three teachers were taken into custody, and during questioning, they allegedly admitted to giving the children the laced gummy bears. Police said the women didn’t think what they did was inappropriate, because melatonin is an over-the-counter sleep aid.

The women, 32-year-old Kristen Lauletta, 19-year-old Jessica Heyse, and 25-year-old Ashley Helfenbein, each were charged with two counts of child endangerment and two counts of battery.

All three were due to appear in court on April 4 at the Skokie Courthouse.

“Fortunately, no child was seriously injured that we know of at this point. It’s limited to the one classroom,’ said Kushner.