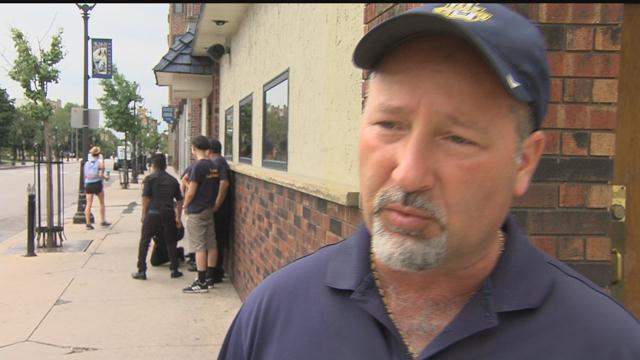 Dave Sobelman is still hoping his restaurant near Marquette can reopen soon.

The popular burger joint on 16th and Wells had its license suspended, because Sobelman failed to show up for a hearing about an accidental shooting that happened last June just inside the front door of the restaurant.

The owner says he didn't know he had to be there.

Wednesday, he said to CBS 58 he has applied for a temporary food license which would allow him to open the restaurant, but not sell alcohol.

Sobelman said Alderman Bob Bauman would have to approve his request, and he is upset with Bauman for among other things, not letting him know about that temporary option.

Sobelman said he and Bauman have had disagreements in the past and Bauman's actions now are not hurting him as much as they're hurting his staff.

CBS 58 has reached out to Alderman Bauman for a reaction, but have not yet heard back.