NOW: Date of average first 1“ snowfall in Milwaukee passes without any snow in sight

The average date for our first 1" snowfall in Milwaukee has passed with no snow in sight. December 2nd is the average for when Milwaukee picks up 1" of snow during a 24 hour period from midnight to midnight. This season we actually saw our first trace and first tenth of snow earlier than average when they happened at the end of October but then we didn't see any snow in Milwaukee during November. 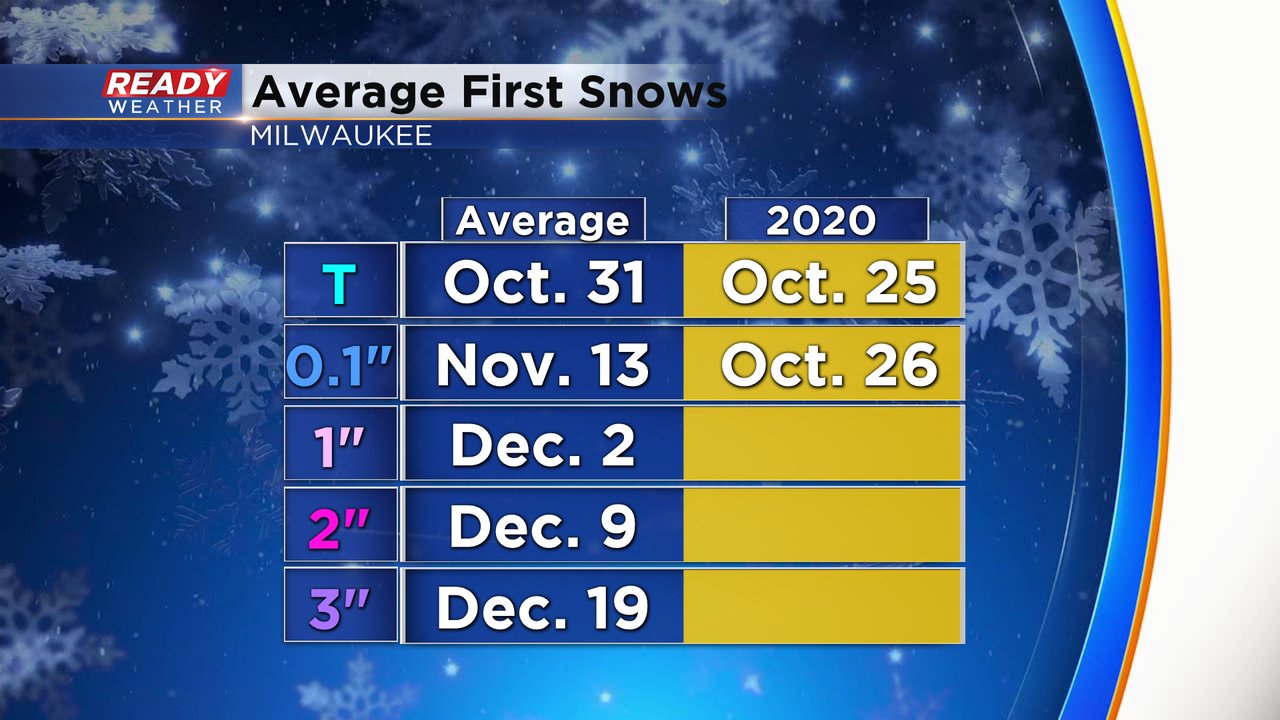 Some inland communities did pick up an inch or more just before Thanksgiving but in Milwaukee only a few snowflakes mixed in that day with rain. The average for our first 2" snowfall arrives quickly next week and then the average first 3" snowfall is just before Christmas.

Over the last five years we've had a pretty big range when it comes to our first 1" snowfall. Last year it happened very early with our Halloween snow. In 2016 and 2017 we didn't see the first inch until the first 10 days of December, just slightly later than average. If we don't get a 1" snowfall in Milwaukee over the next week it would be the latest first inch over the last five years. 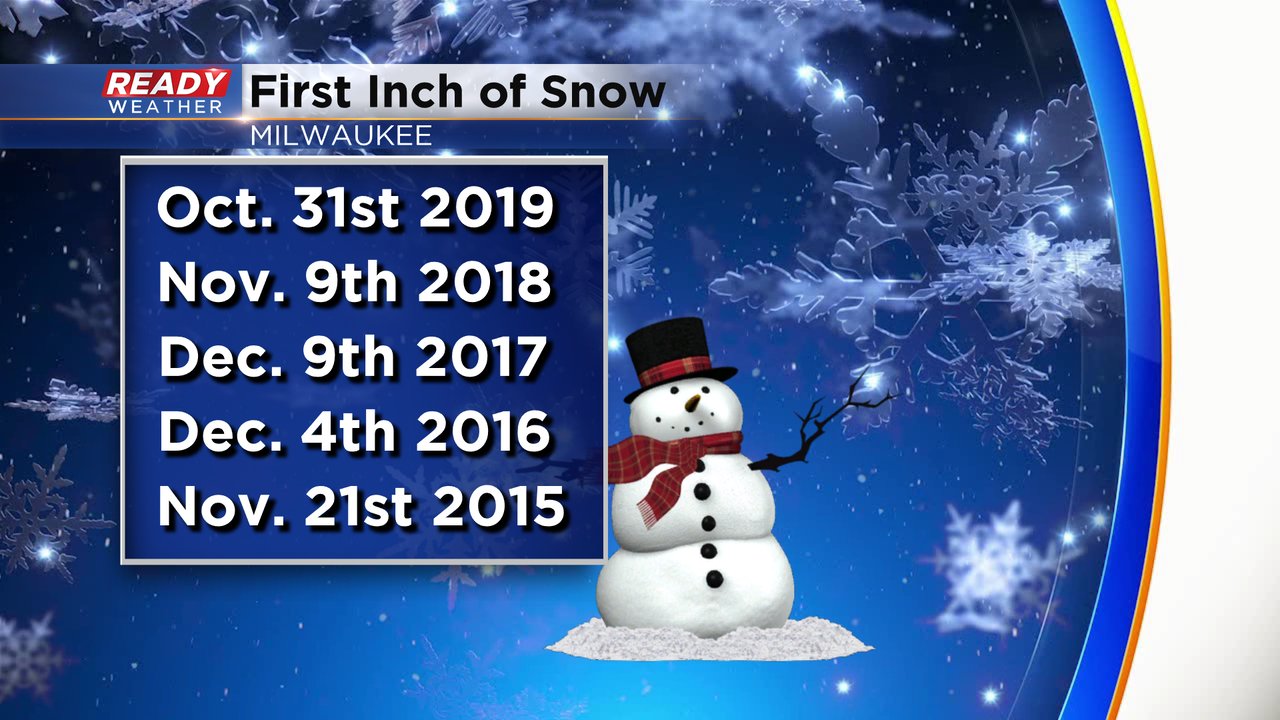 Right now there is no chance for snow (or rain for that matter) in the entire Ready Weather 10-day forecast. A few weather models have hinted at a few snowflakes this upcoming Sunday evening but it looks very light right now, if anything. A storm does look possible at the end of next week but timing is still too uncertain to put in any chances and whether it falls as rain or snow is still in question.

If Milwaukee goes through all of December without seeing its first inch of snow it would be unusual, but not record breaking. Since snow records started in 1884 there have been 12 years where we didn't see our first snow until January. The latest first inch of snow happened in 1889 when we didn't see our first one inch snowfall until January 20th! 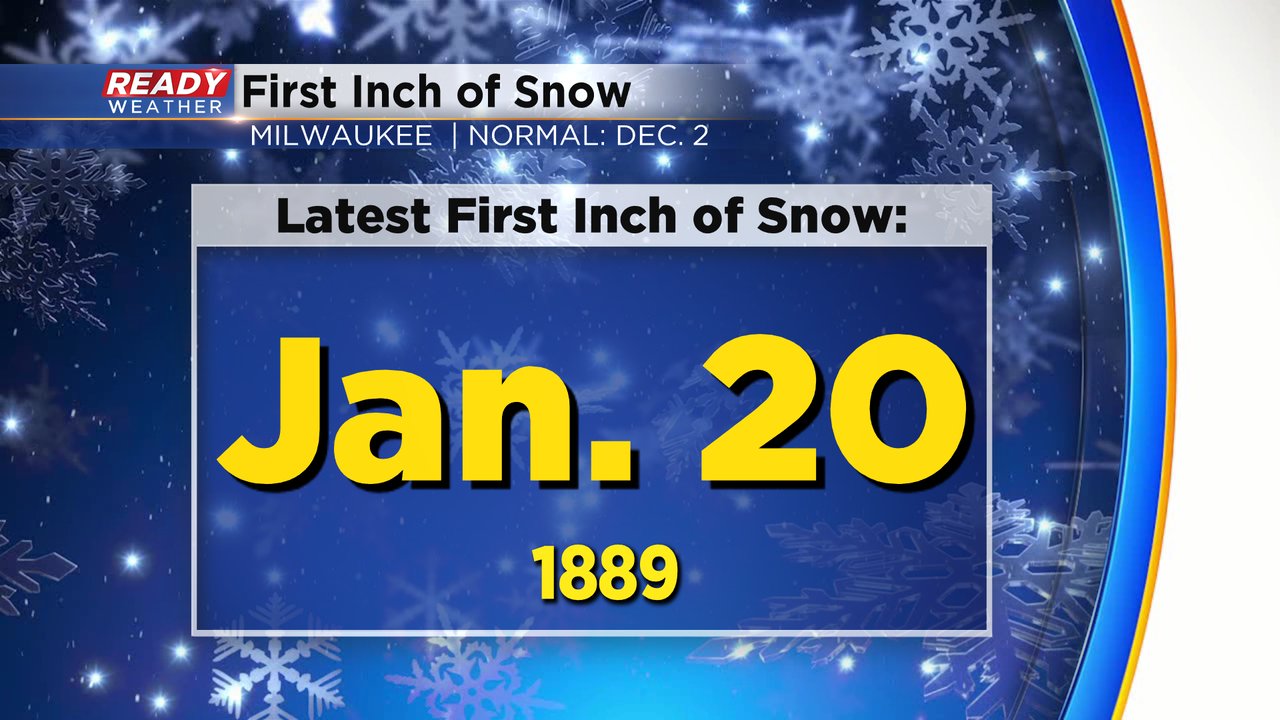 Download the CBS 58 Ready Weather app to check the 10-day every day and see if snow chances are returning.