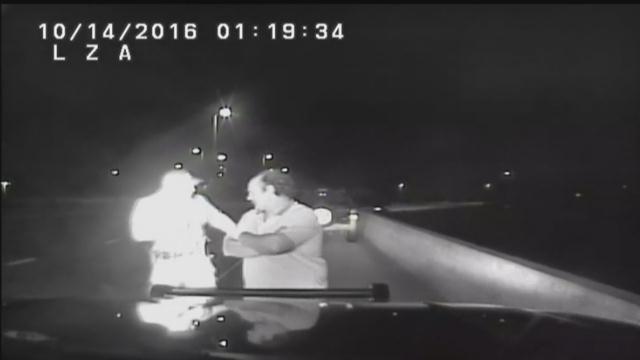 A New Berlin man was seen on dash cam swerving on the interstate on Friday morning.

Wayne Moon told Milwaukee County Sheriff's deputies he didn't know his address or where he was going when he was pulled over on eastbound 43 at 108th street in greenfield just after one this morning.

Moon allegedly told the officer he had four, five, or maybe eight beers.

He tested a .15 on the preliminary breath test (PBT).

If convicted of the DUI-5th offense, a Class H Felony, Moon could be imprisoned for up to six years.