Wind chills were brutally cold this morning, dropping between -25° and -35°. 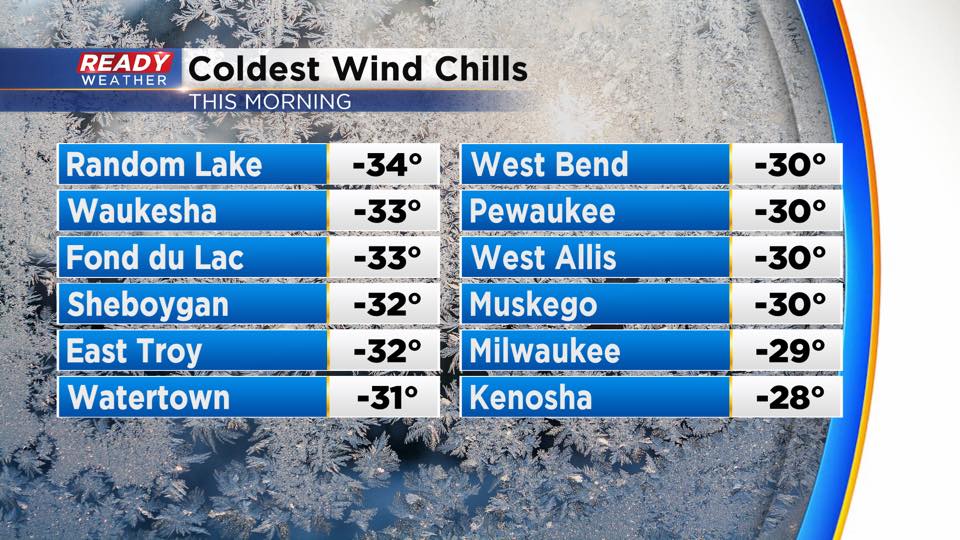 We're in for another night of brutal cold as winds remain out of the northwest at 15 mph and temps drop below zero. Wind chills of -20° to -30° are expected tonight into Monday morning. A Wind Chill Advisory continues for all of southeast Wisconsin through Noon Monday. 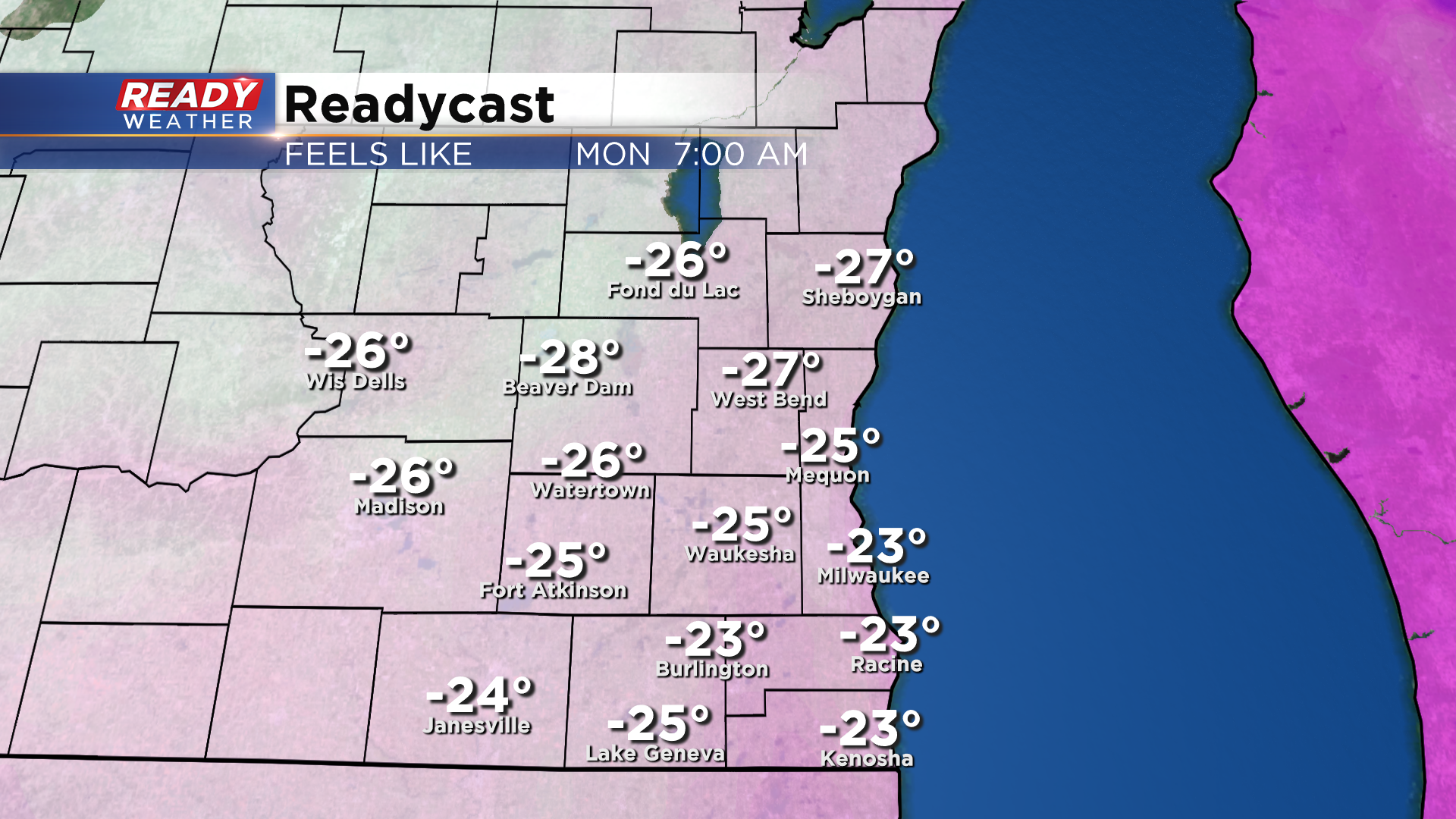 A system passing by the state tonight could bring a few flurries into the southern part of the state tonight, but dry air should keep most of the snow to the south. As we head into Monday, we'll be watching a lake effect snow band that'll be sitting over Lake Michigan. This band of snow may graze far eastern Racine and Kenosha counties during the day, but any accumulation would be a coating at best. 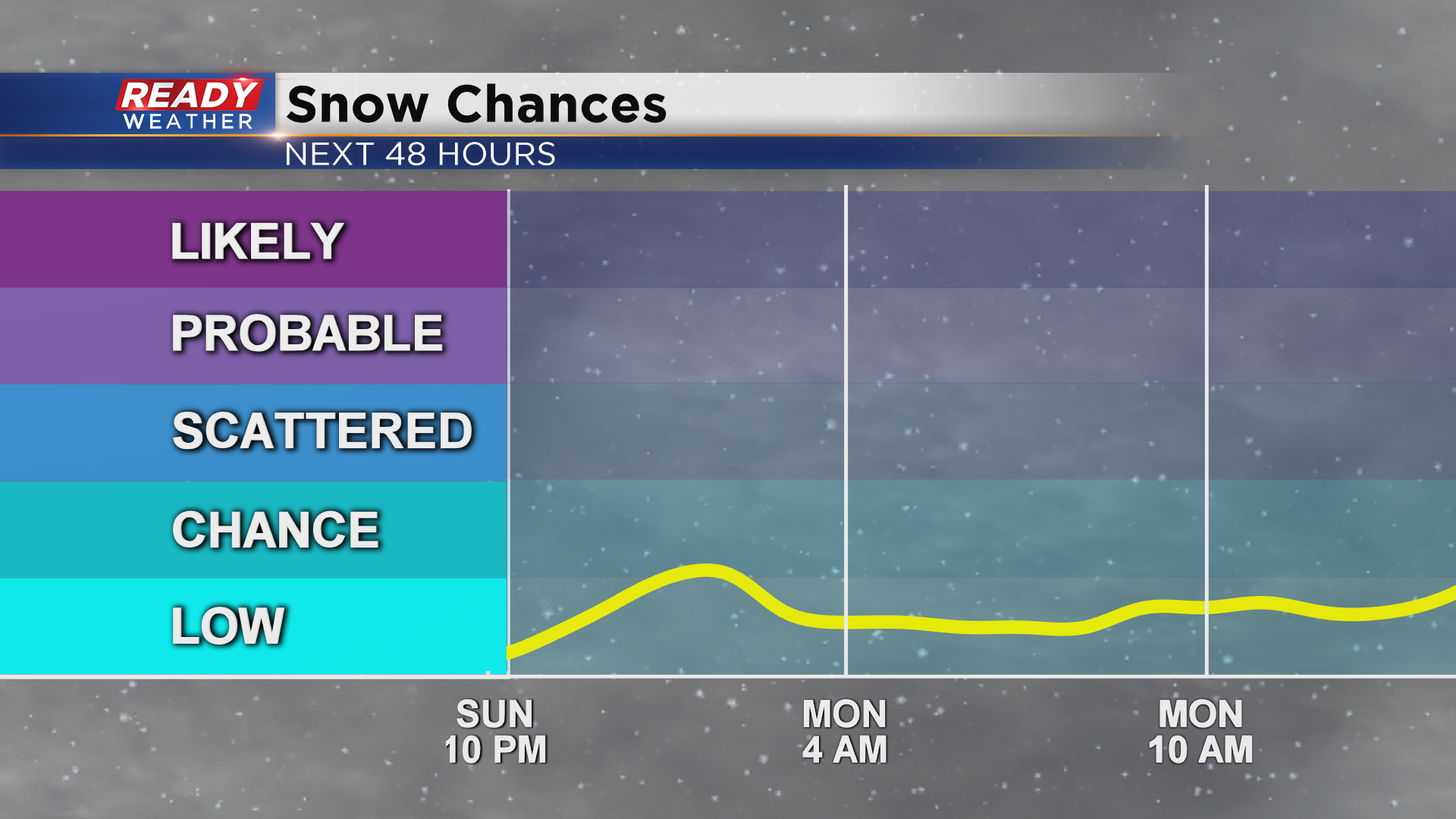 A better chance for lake effect snow arrives Monday evening into Tuesday. Another system passing by to the south may bring additional light snow into inland locations Monday night as well. 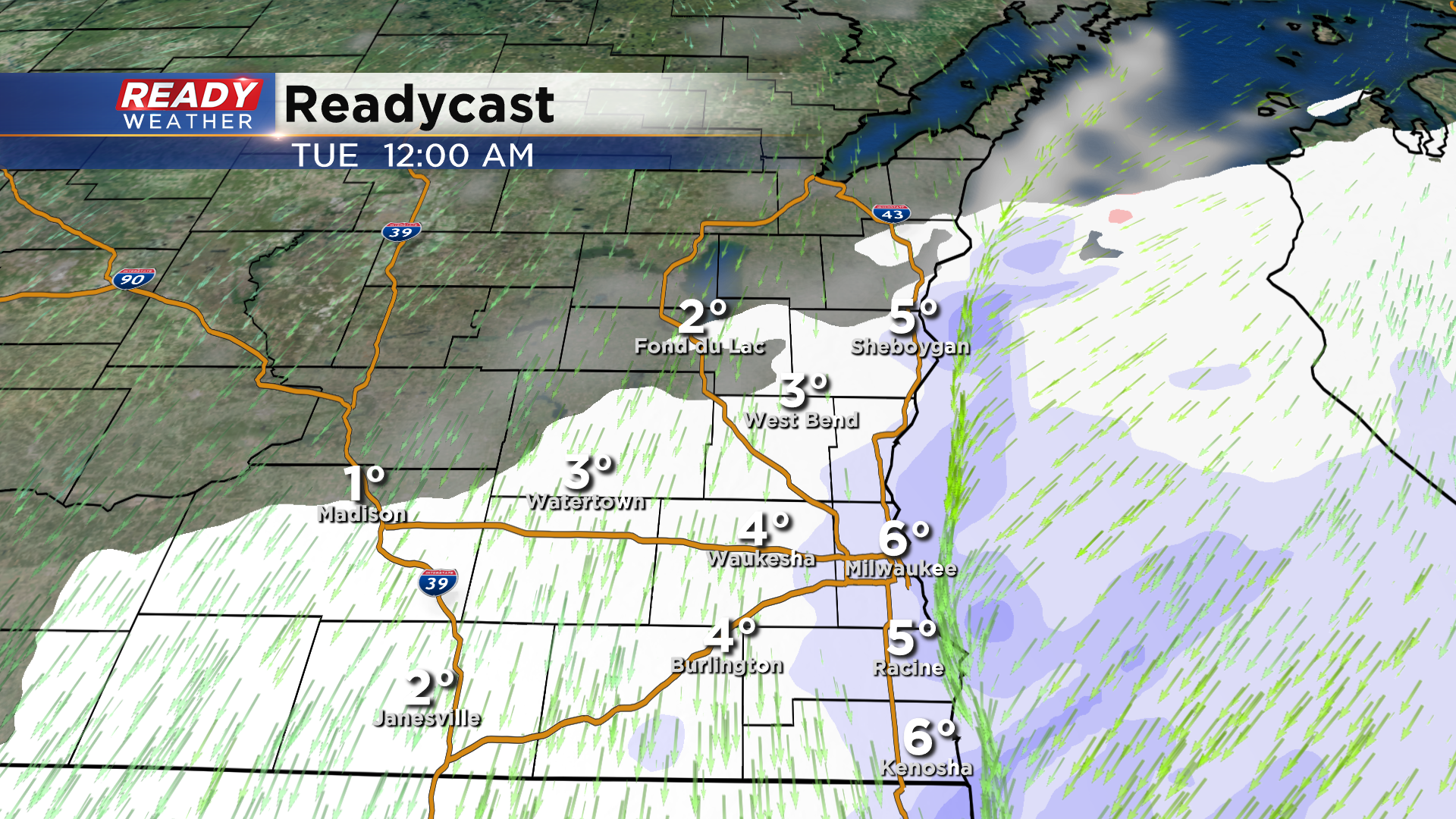 Bands of lake effect snow may continue to impact the lakeshore during the morning on Tuesday, but winds will become less favorable by later in the day. 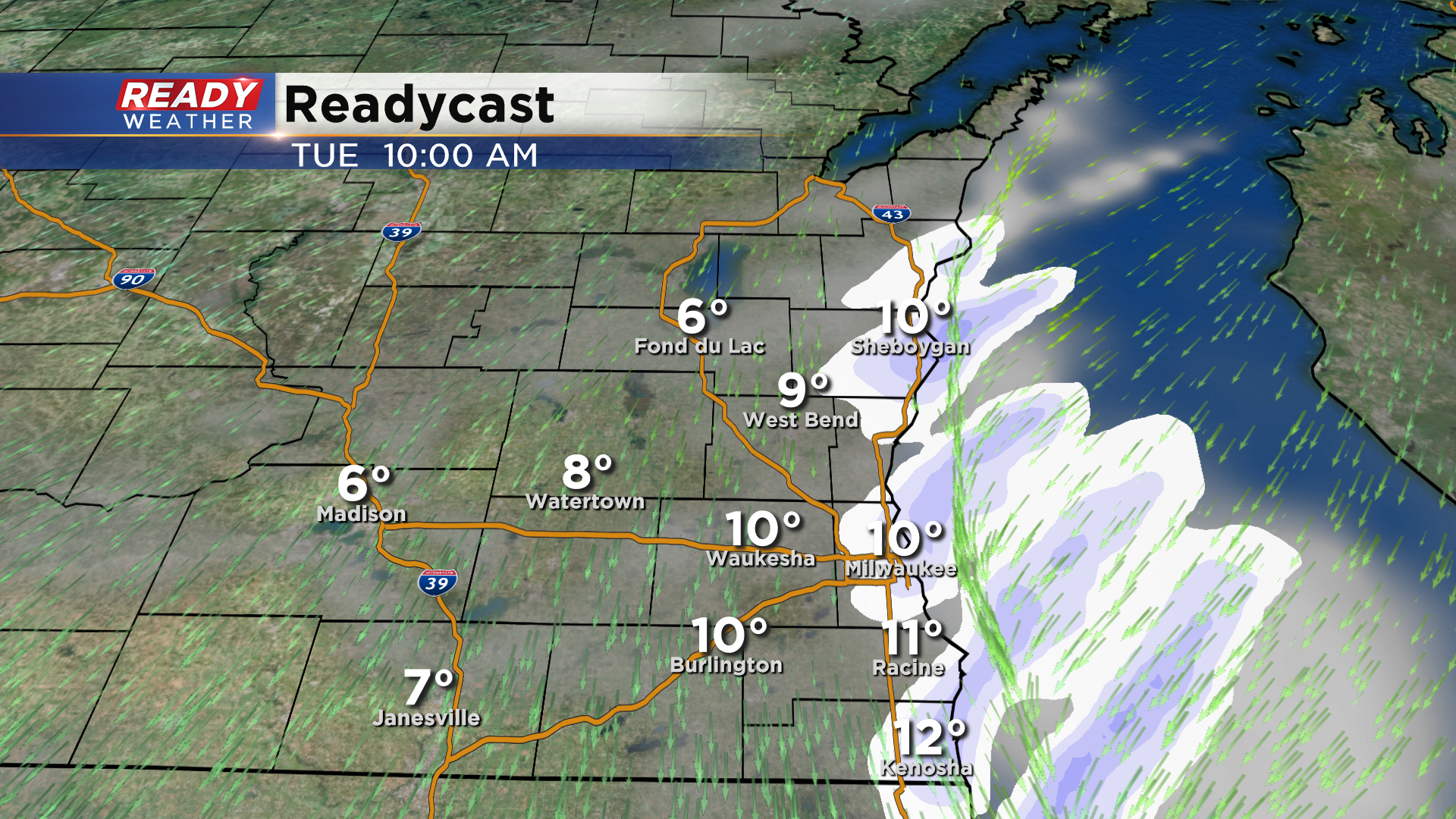 Total snow accumulations could range between 1-4" lakeside with under an inch expected inland. There's some uncertainty in the snow totals lakeside. If a couple of lake effect snow bands set up over the same location early Tuesday, snow totals may need to be increased. 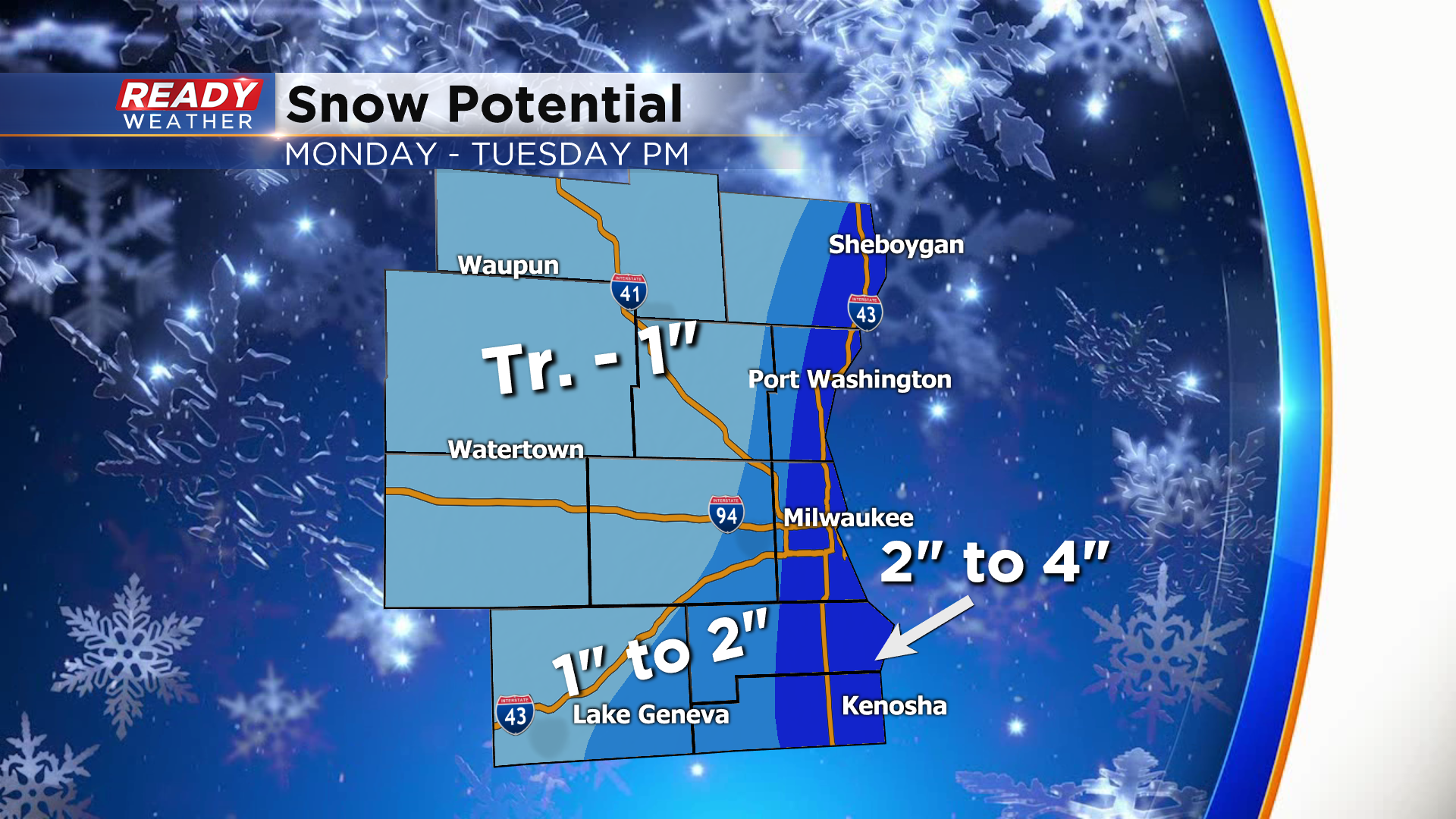