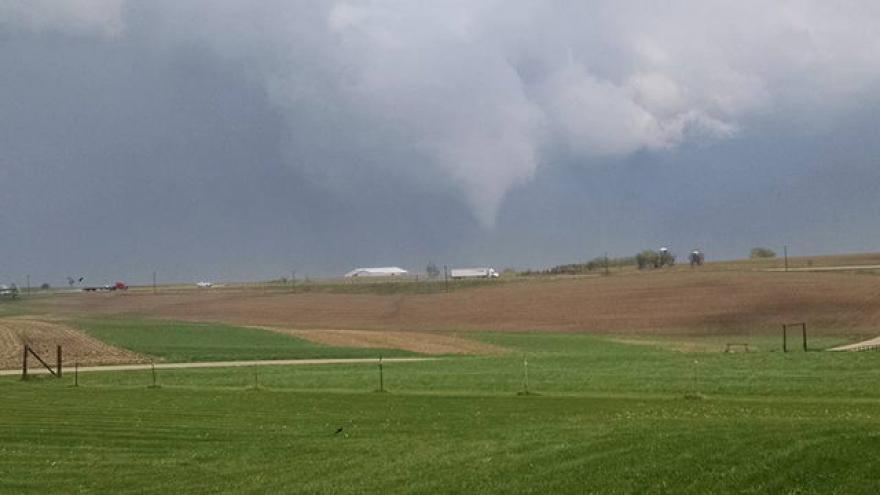 FENNIMORE, Wis. (WISC) -- There are reports of serious damage in Grant County after a possible tornado passed through the area Wednesday, according to a news release from Grant County Emergency Management.

Officials with the National Weather Service issued a weather statement indicating a strong thunderstorm was located near Fennimore with expected winds in excess of 30 mph with possible hail about the size of peas.

Damage assessment revealed that a number of damaged structures and a field scattered with debris on Golf Road between County Highway T and Level Valley Road.

Initial damage assessment revealed that a barn and a machine shed were destroyed, and there appears to be a damage path that proceeds in a northeasterly direction for about a mile and a half.

Officials said there were no tornado sightings reported and radar data did not indicate the presence of a tornado, however, multiple images have been circulating on social media that appear to be a funnel or small tornado passing through the area.

The images have been forwarded to the National Weather Service office in La Crosse.

Officials said there were no reported injuries.