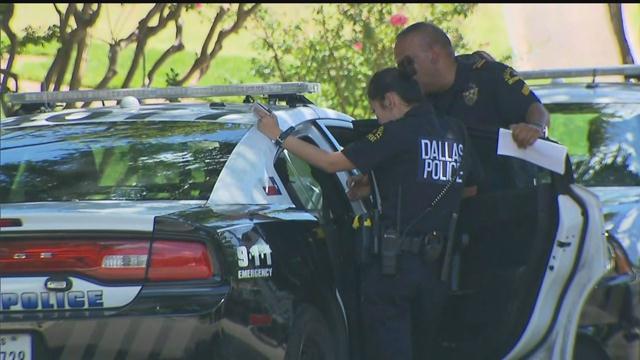 The Dallas Texas Police Department is hiring 300 new officers and recruiters are in Milwaukee -- trying to convince people to apply.
Recruiters will be here until October 5th 2016 to talk to Milwaukee's citizens about becoming Dallas police officers.
Milwaukee is one of many cities they're visiting but - they say this city has what they need for their force.
The same department where 4 officers were shot and killed at a black lives matter peace rally..
Is now in Milwaukee - looking for people to join their force.
"This year has been tough, Very humbling. I knew some of the officers that were killed. Makes you stop and think about the job that we do. But again, come Monday I was back at work." says Ray Milburn, Senior Corporal with The Dallas Police Department.
Milburn has been with the Dallas Police Department for 26 years.
"I was an unemployed electrician. I needed a job and they were hiring in 1990 like they're hiring now," says Milburn.
Milburn says many people have wanted to join the Dallas Police Department after the tragedy because they want to support the force, and be a part of the solution.
In Milwaukee, he's already gotten phone calls from people who have taken the test to become a police officer, but can't find a spot available.
"One of the reasons I chose to come to Milwaukee was I saw an article on the news regarding unemployment in the Milwaukee area," says Milburn.
"They're coming to a good place because I think Milwaukee has a history of producing high quality police officers," says Chief Ed Flynn of the Milwaukee Police Department.
The Bureau of Labor Statistics has the city's unemployment rate listed at 4.7 percent, which is right below the national average.  Many without a job in Milwaukee are minorities.
Milburn says - increasing diversity is important to the Dallas Police Department but recruiting anywhere these days is a challenge.
"I think it's getting tougher to recruit I think the overall climate is getting tougher for us to recruit in law enforcement as a whole. At the same time the thing I look at is if your mom or grandmother called 911 who would you want to answer that call? I want 300 that you would want to come to your house. If you want to be part of the solution you have to get on board." says Milburn.
You can contact Senior Corporal R. Milburn at 214-671-4426 or 800-527-2948. You can also email: Raymond.milburn@dallascityhall.com and visit their website www.dallaspolice.net