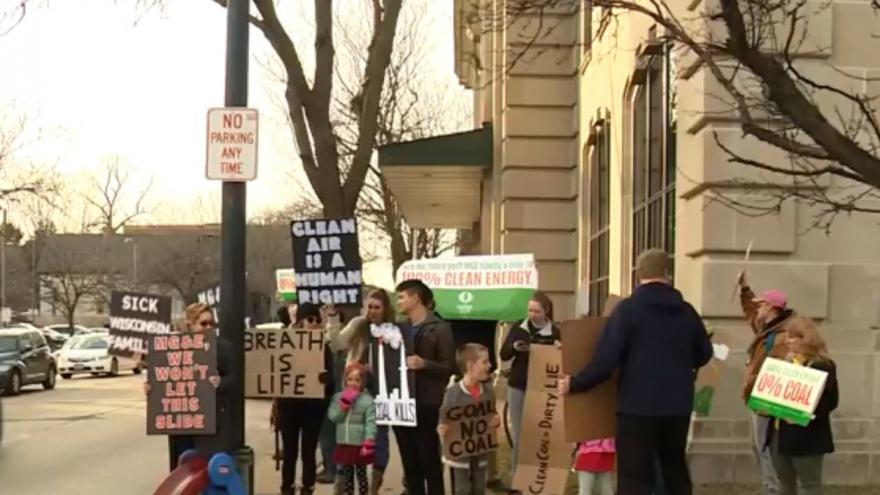 Photo via screenshot from WISC video

MADISON, Wis. (WISC) - Some Madison Gas and Electric Company customers are asking the company to switch to clean energy after coal dust was found in Oak Creek.

Customers held a rally at the MGE headquarters in Madison Thursday demanding a response from the company.

On March 5, winds blew a coal storage pile at the Oak Creek and Elm Road coal plants into nearby neighborhoods. MGE is a minority owner of that plant.

"We want MGE to take responsibility for the pollution its electricity produces. We want them to be accountable to the residents who live around these coal plants. We want MGE to switch from coal to clean energy because, without a switch to clean energy, this problem is going to keep happening," community activist Miranda Ehrlich said.

"The incident that occurred on March 5, 2018, was obviously unfortunate and all parties want to prevent a recurrence. Elm Road Generating Station is operated by WEC, the plant’s majority owner. MGE has been a minority owner since 2011. WEC is evaluating appropriate next steps to ensure this was an isolated incident and will not happen again. It is our understanding the operator will share their plans with neighbors next week at the listening session."