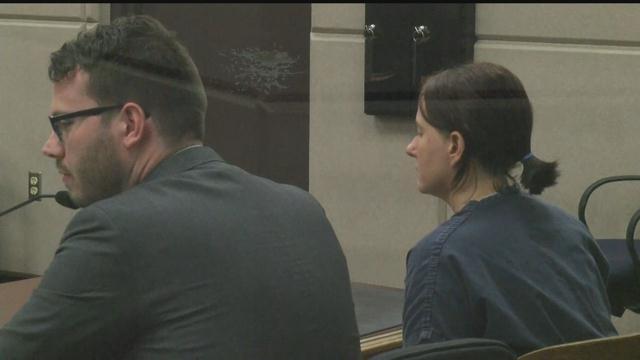 A Cudahy a woman is under arrest for the killing of an infant who died from massive head trauma last week. It happened at an unlicensed daycare the suspect was running out of her own home, according to a criminal complaint.

30-year-old Carrie Heller is charged with first degree reckless homicide after the death of seven-month-old who suffered injuries including a skull fracture and brain swelling, according to court documents.

Cudahy authorities have been piecing together what happened since last Wednesday afternoon when they arrived at the home on 3800 block of Klieforth Avenue.

Heller had made the 911 call. Emergency responders found the infant with blue hands and feet but were able to get a pulse, according to court documents.

Authorities say the spot was an unlicensed daycare. Neighbors said about seven children are watched at the home daily. A sign on the front door reads "Because little hands touch the floor please remove your shoes by the door".

CBS 58 News tried to speak with family members at the home but no one answered the door.

According to the criminal complaint, at first Heller told police the infant's health issues started without warning. She would later changed her story: saying the child had fallen off a couch.

Child abuse specialists consulted by authorities said the injuries - including a skull fracture and brain swelling - were inconsistent with either of her stories. They told authorities the baby must have been violently slammed, shaken, or thrown to cause anything like that.

Heller then changed her story again and told authorities the infant had been dropped on the ground by mistake, according to court documents.

The next day she again changed her story and told authorities she had accidentally hit the child in the head with a high chair, according to the criminal complaint.

Neighbors say they were aware Heller was running a daycare but did not know it was unlicensed. About seven children were in her care and she also has three children of her own, neighbors who asked not to be identified said.