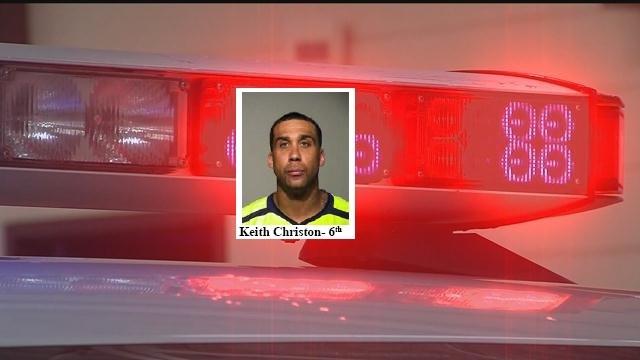 On Monday, May 30, shortly after 11:30 PM, a South Milwaukee police officer, who was transporting an inmate, observed a speeding car that was deviating in and out of its designated lane on I-794 at Jefferson St. The officer initiated a traffic stop and called for deputies to respond to investigate at I-43 northbound and Fond du Lac Avenue.

The operator was identified by a revoked driver’s license as Keith R. Christon, 36-years-old, of Cudahy. Christon said he had two beers, and had an open Corona beer in the front cup holder. He tested .14 on the PBT.

When he saw the results, Christon ran across all freeway lanes and tried to jump over the wall. Deputies caught him as he tried to jump the wall, and had to use a taser in order to handcuff him. The deputies suffered minor injuries in the altercation.

Christon has five prior DUI convictions: August 2000, March 2001, August 2006, October 2006 and January 2013. He is currently on felony parole for his fourth DUI offense, and on probation for misdemeanor disorderly conduct.

If convicted of all charges, Christon faces up to 12 years and nine months in prison.