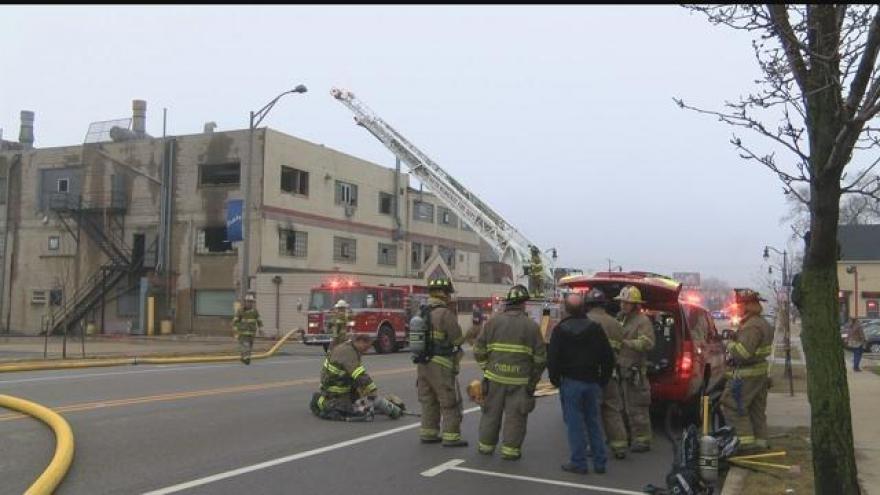 Cudahy Police report that arrests have been made in connection with a fire in a vacant tannery.  No details about the arrests are available, but a news release is expected to be issued later today.

Firefighters in Cudahy arrived to smoke pouring out of a vacant building at E Edgerton Avenue and S Packard Avenue around 5 o'clock Sunday afternoon.

The building was in the old Cudahy Tanning building. The old tannery building has been vacant for 10 years. Battalion Chief Robert Schmidt says the fire was easy to fight. Because the building was vacant, there was not a lot inside that could burn.

"We had the fire under control inside of 15 minutes," said Schmidt.

Smoke was a problem for crews. They used axes to break windows so they could see.

"A lot of the windows are broken out and that's to aid the visibility within the structure because we couldn't remove the smoke," said Schmidt.

Once firefighters were able to get a good look inside the building, they discovered more than one fire. Many had been long put out; Battalion Chief Schmidt believes someone may have set the fires to keep warm or for fun. He also said it looked like this person or persons had made entry to the building more than once.

"Those old fires look like someone has been spending a lot of time in here over the last couple of years," said Schmidt.