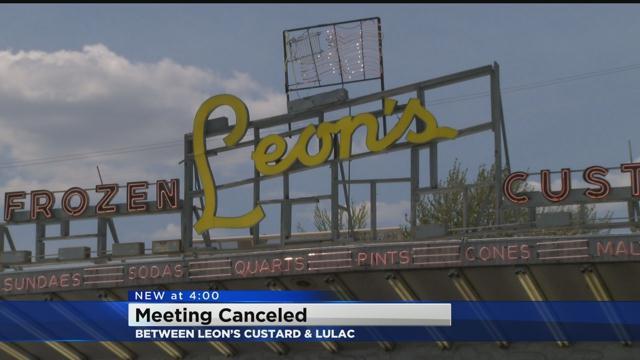 There will be no meeting of the minds over what language to use when ordering custard at least not on Friday.

The advocacy group LULAC says the owner of Leon's Custard canceled a meeting scheduled for Friday after a customer complained on Facebook about a worker telling him she's not allowed to take an order in Spanish.

Leon's owner says he only has a few part time workers who are bilingual and he refutes any notion of "an English only" policy.

LULAC says the owner wants to speak with a lawyer before meeting for talks.

On Friday night, protesters gathered on the sidewalk outside the custard stand.

They're hoping to convince customers to go elsewhere.

There were also long lines of folks placing orders. Some told CBS 58 News they intentionally came as a show of support for the owners.