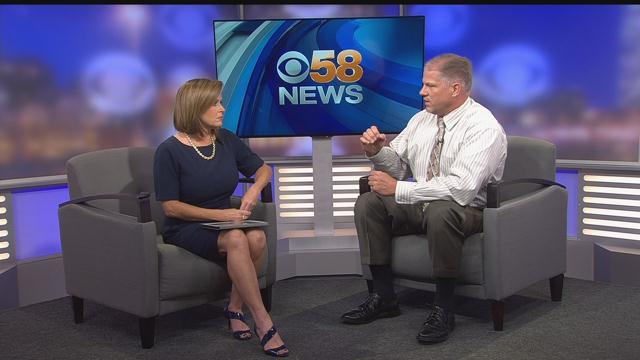 His comments during the CBS 58 News at 4:30 were in response to the revelation that Dallas police used a robot to deliver and detonate a bomb by way of robot to the gunman believed to have ambushed officers, killing five during a peaceful protest.

"Technology is working its way into law enforcement," Dorow explained. "The robot has been around for awhile. You're going to see it more and more. Because you don't know if bombs are planted along the way. You're not going to sacrifice an officer to go and do that check."

"It's a balancing act. Is there any way you're going to generate compliance? Is the suspect just waiting for more targets to move in. Negotiations reach a point then that you have to go other methods."

Dorow says at some point police have to decide if more lives are at risk. That's when the decision is made to stop trying to talk your way to a resolution.

"You've got to stop that threat. You saw what that threat did. You have to put a stop to it. That suspect showed no signs of letting up."

Dorow sought to reassure members of the public who have had negative contact with police.

"There's so many good officers. I train the young ones. They truly believe in serving their community. Don't give up on your law enforcement community."

He's also been thinking long and hard about what he will say to his students come Monday about the value of staying in law enforcement.

"It's a calling. It's not meant for everyone. But, somebody that does sign up for it, it's a great job.  Don't give up.  We need good men and women to fill those positions, to continue in law enforcement careers, and I will send a very positive message."