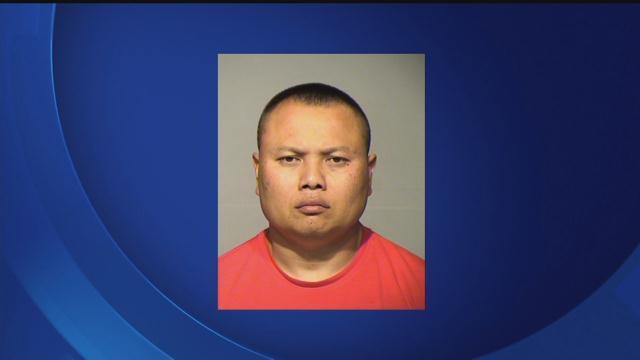 The criminal complaint against a Milwaukee police officer accused of child enticement was released Wednesday morning.

The three-page criminal complaint goes into details about Sonthana Rajaphoumi’s attempt to have sex with two underage girls.

EXCLUSIVE VIDEO: Milwaukee Police Officer Out of Jail After Arrest on Child Enticement

The complaint says Rajaphoumi used his squad car to approach the victims.

Several months after his first run in with a 15-year-old victim, he met her at her house.

The complaint says Rajaphoumi, “asked her to pull up her shirt and let him see ‘what's under there’. The victim pulled up her shirt halfway, exposing part of her stomach and the defendant replied, ‘that looks nice.’”

Rajaphoumi met the second victim when she received some sort of citation last summer.

In April, Rajaphoumi allegedly picked the girl up in his personal car to take her to her hair appointment and said he would pay for it, if she would do something for him.

Both girls are quoted in the complaint saying they were concerned Rajaphoumi was going to rape them.

He's facing 25 years in prison for each charge.

Rajaphoumi is currently suspended from the Milwaukee Police Department.